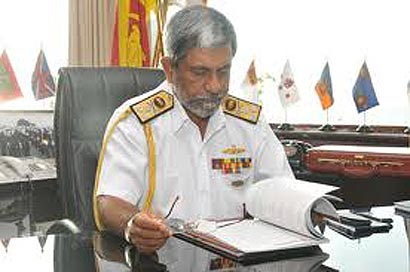 His Excellency President Mahinda Rajapaksa has been pleased to promote Commander of the Sri Lanka Navy Vice Admiral Thisara Samarasinghe to the rank of Admiral with effect from 12th January 2011.

Admiral Samarasinghe was appointed as the 16th Commander of the Sri Lanka Navy on 15 July 2009. After he took over the command he has been contributing immensely to strengthen the regional maritime security, in cooperation with the regional navies.