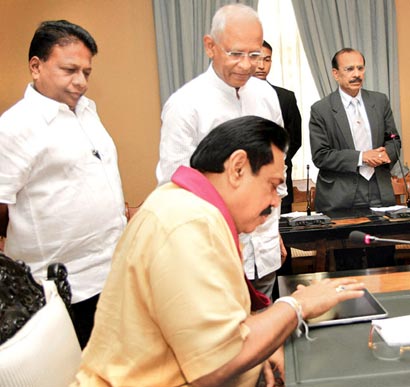 Official website (www.lotuspond.lk) of the “Nelum Pokuna (Lotus Pond) – Mahinda Rajapaksa Theatre” was officially launched by President Mahinda Rajapaksa at an event at Temple Trees on 12 December. This was donated by the Chinese Government to cement the long standing friendship between the two countries.

The five-storey building is set to be the largest performing arts theatre in Southeast Asia. The project was possible through the financial assistance of the Chinese government. The land area of 2.17 hectares covering a space of 14,000 square meters was developed at a cost of more than 27 million U.S. dollars. The main theatre has a seating capacity of 1288. The foundation stone was laid in November 2005 with the specific intention of recreating the ancient Lotus Pond of Polonnaruwa.

Having launched the website, the President recounted the origin of this idea and dedicated this achievement to the former Cultural and Religious Affairs Minister, Lakshman Jayakody, who himself was a talented artist.

Secretary to the President, Lalith Weeratunga addressing the media meeting held after launching the website said that the new Performing Arts Theatre will be equipped with the state-of-the-art facilities for performers and will be officially opened by President Rajapaksa on Thursday 15 December. In attendance, it is anticipated that there will be a high level Chinese delegation led by a leading official of the Chinese government.

The Lotus Pond Theater has become the second national monument to be gifted by the Government of China to Sri Lanka and its peoples. The first such act of generosity was the construction of the Bandaranaike Memorial International Conference Hall, an international convention center built between 1970 and 1973 to commemorate the late Sri Lankan Prime Minister S. W. R. D. Bandaranaike.

Minister of Youth Affairs and Skills Development, Dullas Alahapperuma, Secretary to the President, Lalith Weeratunga and the Secretary to the Ministry of Media and Information, W. D. Ganegala, leading artistes in the country and the media were present on this occasion. 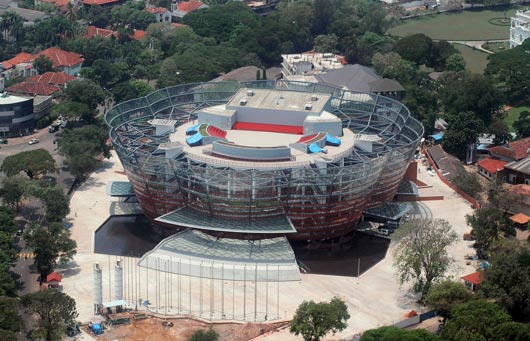