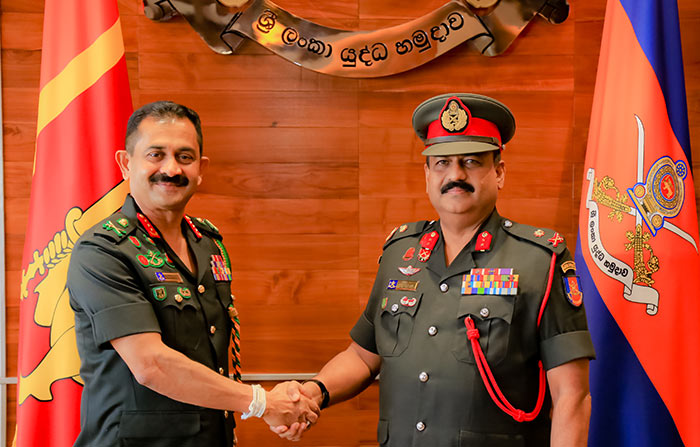 Major General Jagath Kodithuwakku received the letter of appointment as 60th Chief of Staff of the Army from Lieutenant General Vikum Liyanage, Commander of the Army at the Commander’s office today (June 07).

He, who has served as the Commander Security Forces Jaffna before he took office as the Deputy Chief of Staff of the Sri Lanka Army on 12 December 2021, has also held many key appointments in the Army. He is also the Colonel of the Regiment, Sri Lanka Light Infantry.