President Mahinda Rajapaksa handed over appointment letters to 43 new administrative officers who completed one year training programme by passing the Sri Lanka Administrative Service (SLAS) Examination conducted in the Tamil medium. A special ceremony was held at the President Secretariat today on 14 August to hand over appointment letters to the recipients. The new appointees will serve in the Northern and Eastern Provinces with a view of uplifting the public administration sector in those regions.

Addressing the ceremony President Rajapaksa urged the public servants to render efficient, effective and maximum service for the benefit of the people in the Northern and Eastern Provinces irrespective of any differences. He said general public expect satisfactory service from government officers all the time. The President also noted that government servants should identify issues of the people properly and give solutions to them expeditiously.

Minister W.J.M.Seneviratne said in order to streamline the public administration and ensures to provide a satisfactory service to the people of the North and East, the government took appropriate steps to recruit new officers to fill in the existing vacancies in those provinces. 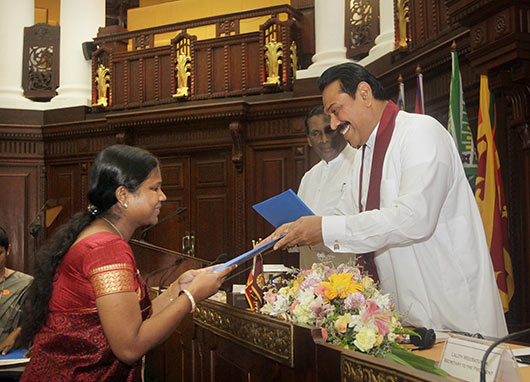 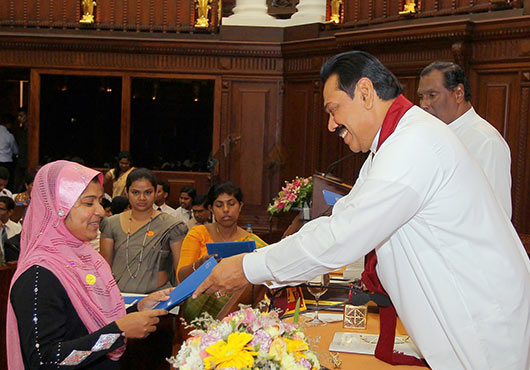 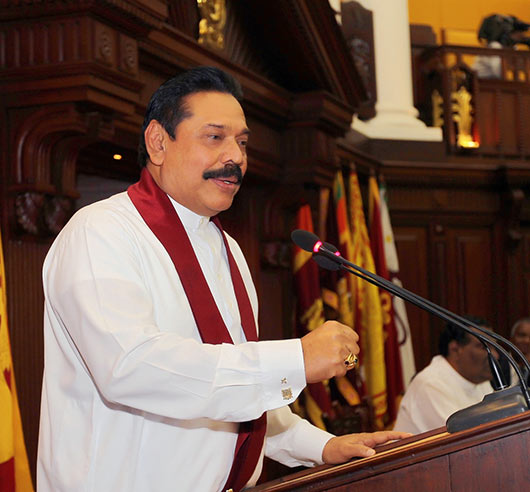 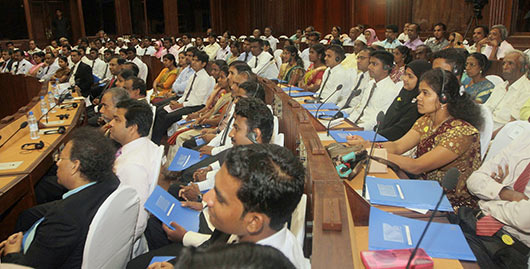