OVER 45,000 NORTHERNERS AFFECTED BY FLOODS 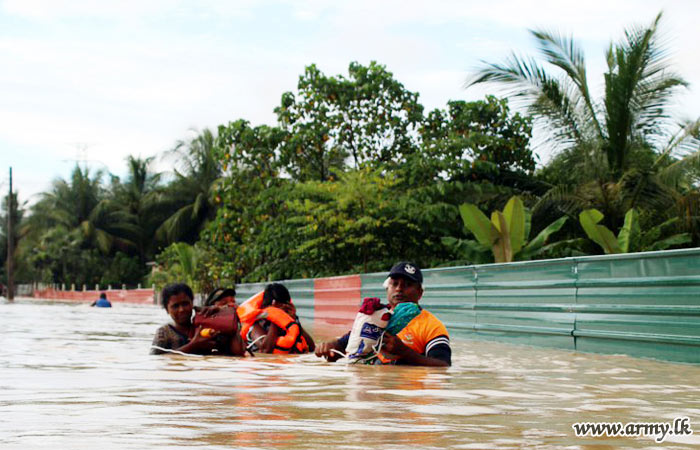 Over 45,000 people and 13,646 families have been affected by the recent floods in the Northern Province due to heavy rains and winds, the Disaster Management Center yesterday said.

According to the DMC situation report 44,595 persons and 13,646 families have been affected in the Mullaithivu, Kilinochchi, Mannar, Vavuniya and Jaffna districts as at yesterday afternoon.

“Around 8,539 people have been given shelter at 52 relief camps and all the necessary food and medicinal supplies have been provided, Kodippili told the Daily News. One hundred and fifty one houses have been partially damaged by the adverse weather.”

Kodippili said swift action will be taken to compensate people whose houses and have been damaged.

DMC sources also said that 85 families in Gangawatakoralaya in Kandy have also been affected by heavy rains.

Kodippili also said that Army, Navy, Air Force personnel and Police have been deployed to conduct rescue operations and relief activities to the affected areas.

“The Army in coordination with Disaster Management Centre (DMC) personnel rescued five people in Mullaithivu who were trapped by the heavy floods,” Kodippili said.

Sri Lanka Army personnel have also prevented possible breaches on the tank bunds at Olumadhu and Pulumuchchundukulam in Kilinochchi by immediately stacking sand bags around vulnerable places in the bunds.

Meanwhile, the Meteorology Department forecasts more showers or thunder showers in the Northern Province today. The Weather forecast said that “Several spells of shower will occur in the Eastern and North-Central Provinces.

Showers and thundershowers will occur elsewhere after 2pm.

Fairly heavy rain fall above 75mm can be expected at some places in the Central, Sabaragamuwa provinces and in Vavuniya and Mannar districts.

Unsettled weather conditions can be expected at some places in the island during the morning. There may be temporary localized strong winds during thundershowers.” The Meteorology Department requests the public to take adequate precautions to minimize damages caused by lightning activity.

Meteorology Department souces have also forecast that showers or thundershowers will occur at several places in the coastal areas from Trincomalee to Puttalam via Kankasanturai and Mannar. 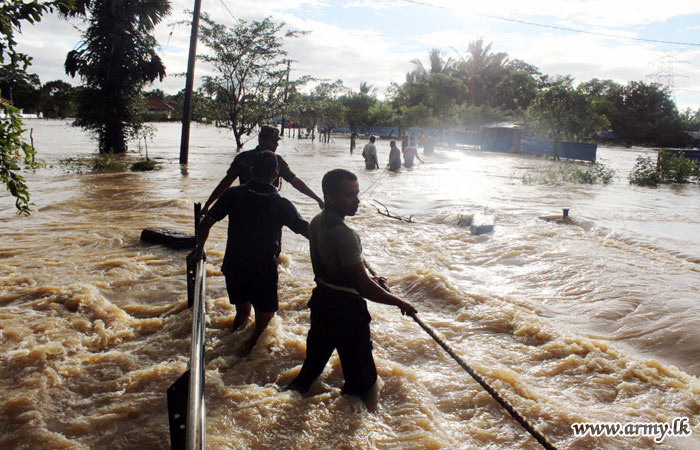 Home » OVER 45,000 NORTHERNERS AFFECTED BY FLOODS