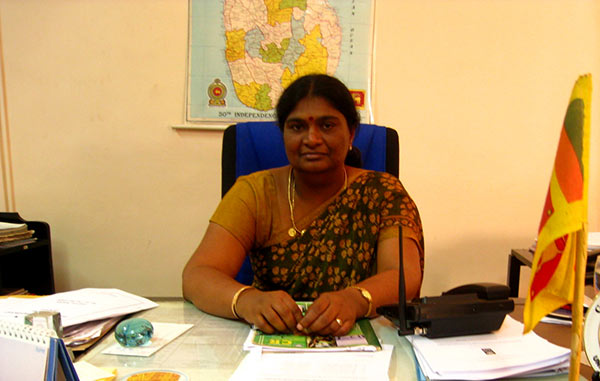 Ms P.S.M. Charles has been reinstated as the Director General of Sri Lanka Customs for a period of three months.

Minister Mano Ganesan said the decision was reached during the meeting of Cabinet Ministers today (5).

Minister of Finance Mangala Samaraweera informed the Cabinet of Ministers that PSM Charles will accordingly be informed to expedite investigations into malpractices reported.

The minister further said that she was reinstated in the position for a period of 3 months and that her performance will be observed during this period.

Customs personnel launched a Trade Union Action following the removal of P.S.M. Charles from the post of Customs Director General, citing she was removed without reasonable cause.

The work to rule campaign launched by Customs officers unions resulted in over 2,000 containers being stationed at the Colombo Harbour without necessary clearance.

The trade union action had entered day seven today (5) while several trade unions of state departments, institutions and corporations had supported the protest.