Pakistan, Sri Lanka to sign MoUs for trade and training 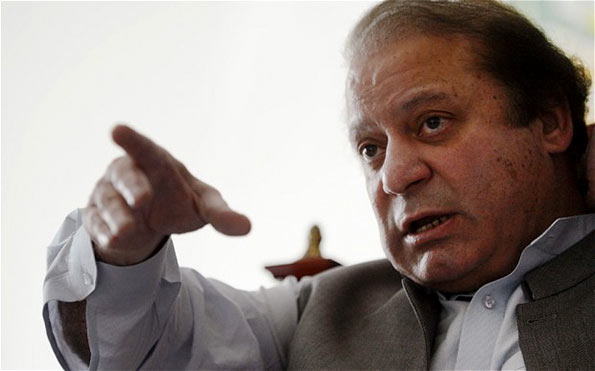 Pakistan and Sri Lanka are going to sign two memoranda of understanding (MoUs) for promoting trade and providing training services during Prime Minister Nawaz Sharif’s visit to Colombo next week.

The prime minister along with a delegation will be on a trip to Sri Lanka from January 4 to 6 where two MoUs will be inked for deepening trade and investment ties between the two countries.

“First agreement will be between the Trade Development Authority of Pakistan and the Sri Lankan Export Development Board in a bid to promote trade and exchange delegations between the two sides,” a senior official in Pakistan’s Ministry of Commerce told The Express Tribune.

The second MoU will be between the Pakistan Institute of Fashion Design and the Sri Lankan Gems and Jewellery Training and Research Institute for imparting training to Pakistani students.

The Sri Lankan institute has expertise in gems cutting and polishing and many Pakistani students will benefit from this expertise.

Pakistan wants to increase quota for rice exports to Sri Lanka from 6,000 to 10,000 tons. In exchange, Sri Lanka is seeking to enhance export of tea and rubber to Pakistan.

During the PM’s visit, the sixth secretary-level technical talks will be held between trade officials of the two sides on various technical and trade-related matters.

They have already a free trade agreement (FTA) in place, but are eager to further liberalise the partnership in order to expand scope of the FTA from goods to services and investment.

They will also talk about enhancing business-to-business partnership. In this regard, Pakistani traders will organise a single-country exhibition in Colombo from January 15 to 17, which will showcase the commodities produced in Pakistan. Similarly, Sri Lankan businessmen will also hold a trade show in Pakistan.

The FTA with Sri Lanka has a significant importance because it was the first trade accord Pakistan signed with any country. Apart from this, Colombo is one of the closest business partners of Islamabad among regional nations as ties with India and Bangladesh often turn sour and hurt the trade relationship.

At present, the volume of trade between Pakistan and Sri Lanka is $350 million, which they want to increase to $1 billion by expanding its scope.

“Sri Lanka has an edge in export of finished and made-up garments whereas our strength is in fabrics and textile products,” the commerce ministry official said.

“It will be a big breakthrough if they succeed in including services and investments in the FTA,” the official said.