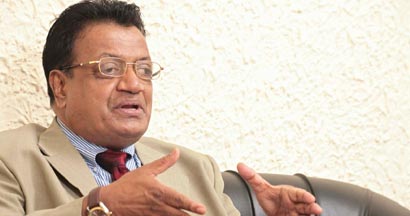 Colombo Chief Magistrate Gihan Pilapitiya yesterday ordered the CID to launch a full-scale investigation into charges of misappropriation of funds, properties, contravening tender laws and related acts of fraud at Sri Lanka Broadcasting Corporation (SLBC,) during the tenures of its former Chairman Hudson Samarasinghe and its former Director General Samantha Weliweriya. The IGP had forwarded the case to the FCID following a petition to that effect by a group of SLBC employees.

The charges listed in the complaint against former SLBC Chairman Hudson Samarasinghe are as follows:

The purchased vehicles used for work outside SLBC’s purview.

Paying a lease of Rs 3 million for such purchased vehicles.

The earning of commissions through maintaining an advertising firm under the names of his wife and a relative, and running those ads during the airtime of certain programmes.

His wife and his relative earning a sum of Rs 1 million through this scam.

(Rs 1,000 a day) by running advertisements during programmes conducted by him and further earning a 15 per cent commission through his advertising firm.

Earning a commission off a sum provided by the Treasury for a SLBC programme titled ‘countrywide price index’.

Purchasing computers sans any transparency through a firm owned by his son-in-law.

Earning a monthly sum of Rs 30,000 as fringe benefits besides his salary.

Causing the SLBC a loss in between Rs 9 to 7 million through to a tender fraud when constructing a transmission tower in Jaffna.

Earning commissions through leasing such towers for the use of private broadcasting stations.

Gaining commissions after having sold radio frequencies of SLBC to Abans Group, with the support of former SLBC Director General Samantha Weliweriya.

Using certain properties of SLBC without following the tender process and for his personal benefit or use.

Recruiting two former Directors for posts of Working Director and Adviser and paying them monthly sums of Rs 90,000 and Rs 30,000 respectively and not using their services for the development of the SLBC.

The charges against former SLBC Director General Samantha Weliweriya are as follows:

Use of SLBC property and equipment for his personal benefit or use.

Use of SLBC vehicles for his wife and children besides the official vehicle provided by the SLBC to him.

Use of SLBC workforce and vehicles for the construction of his private residence at Kandana.

The misuse of an SLBC vehicle before it had met with an accident in Kurunegala after it was provided for a private trip for his wife on a public holiday.

The FCID told the Court that they have already obtained statements from 11 persons regarding the charges brought against former SLBC Chairman Hudson Samarasinghe and its former Director General Samantha Weliweriya.