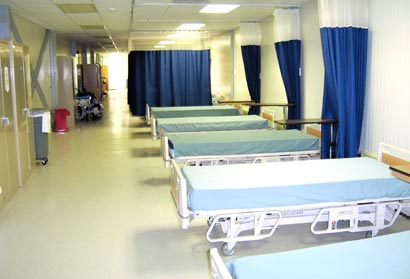 The spokesman said that public servants who are entitled to the Agrahara Insurance Scheme select private hospitals for residential treatment, since paying wards are not available in most government hospitals. The minister had discussions with Finance and Planning Ministry Secretary and Treasury Secretary P B Jayasundara regarding this initiative recently.

“As a result of these discussions, the Sri Lanka Insurance Corporation, which operates the Agrahara Insurance Scheme, has come forward to sponsor the construction of paying wards,” the spokesman said.

The spokesman said that a new 25 storeyed building has been constructed for the OPD of the Colombo National Hospital and the 17th to the 25th floor of this new building, will be allocated for paying wards.

He said that this building consists of clinic rooms, five laboratories and pharmacies.