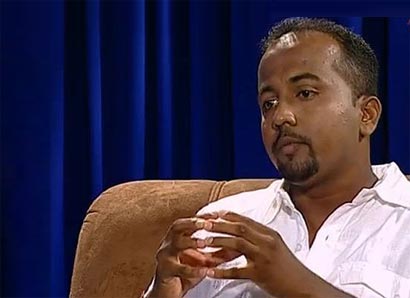 The government alleges that the JVP rebels receive funding from at least three overseas donors. Authoritative sources told The Island that the government was concerned about those trying to oust Somawansa Amarasinghe from the party leadership, using foreign funds, to further destabilise the political scene.

The so-called JVP rebels had been working closely with some of those supportive of the Eelam project, sources alleged. The allegation was made in the wake of the rebels seeking the intervention of the UN mission in Colombo to force the government to release two of its activists they say are held at a secret detention facility in the North.

Asked whether the government had initiated an inquiry, sources pointed out that even the UNP and Opposition Leader Ranil Wickremesinghe had publicly accused a German NGO of funding those trying to throw him out of the party. Wickremesinghe offered to move parliament to set up a Parliamentary Select Committee (PSC) to inquire into clandestine efforts to change the UNP leadership.

The German Embassy in Colombo is yet to respond to our queries regarding Wickremesinghe’s allegations. UNP Deputy Leader parliamentarian Sajith Premadasa yesterday told The Island that he would respond to the allegation shortly.

JVP rebel Udul Premaratne yesterday told The Island that the Rajapaksa regime was making wild allegations to confuse the public. The rebels hadn’t received any funding through Colombo-based embassies, NGOs or any other party, he stressed. “We’re not making a living out of politics. The rebel group challenges the government to prove its allegations and move the judiciary against us. Corrupt UPFA cannot achieve anything by falsely accusing us of taking money from foreign sources, except for deceiving the public.”

Premaratne, the former convener of the Inter-University Students Federation (IUSF) affiliated to the JVP said that the government couldn’t deprive the JVP Rebels of their right to take up issues with Colombo-based embassies. Premaratne accused the government of running secret detention facilities, even after the conclusion of the conflict in May 2009. Some of those who had surrendered to troops at the end of the conflict on the Vanni front were yet to be produced in court or their detention acknowledged, Premaratne said. Asked whether they could prove accusations with regard to undeclared detainees, the JVPer said that ‘We are Sri Lankans’, a civil organisation campaigning for the cause of missing persons, had received information pertaining to four such cases, though the actual number was believed to be much higher.

The government obviously had no intention of following the recommendations made by the Lessons Learnt and Reconciliation Commission (LLRC) with regard to accountability issues, Premaratne alleged. Had state intelligence services believed JVP Reformists’ or any other political party had been receiving funds from foreign sources, the government could reveal both donors and recipients and initiate legal action. Premaratne said that the government was making unsubstantiated allegations against political parties, while blaming a section of the international community of propagating lies targeting Sri Lanka.

Premaratne said that the government shouldn’t hesitate to take the contentious issue of secret funds with the embassies concerned if it had received credible information that Colombo-based diplomats were playing politics.