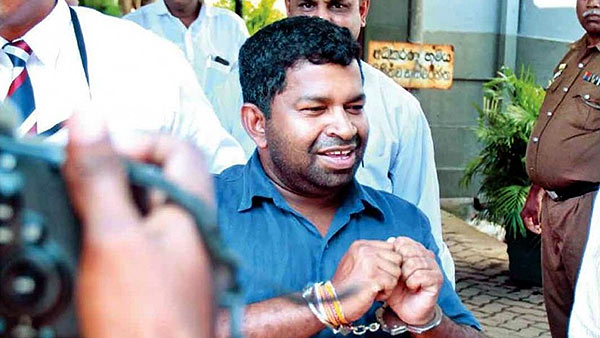 The Batticaloa High Court has granted permission for imprisoned Sivanesathurai Chandrakanthan alias ‘Pillayan’ to attend the inaugural sitting of the ninth Parliament on Thursday.

‘Pillayan’ secured a seat in Parliament from the Batticaloa District after contesting under the Tamil Makkal Viduthalai Pulikal.

The High Court granted approval after taking into consideration facts tabled by the Batticaloa Prison following a request tabled by ‘Pillayan’ to Parliament.

Sivanesathurai Chandrakanthan, a former LTTE member, was imprisoned in 2015 over the murder of former Tamil National Alliance Parliamentarian Joseph Pararajasingham.

‘Pillayan’ is the chief suspect in the murder.

Pararajasingham was shot while attending a Christmas mass in 2005 at the St. Mary’s Church in Batticaloa.