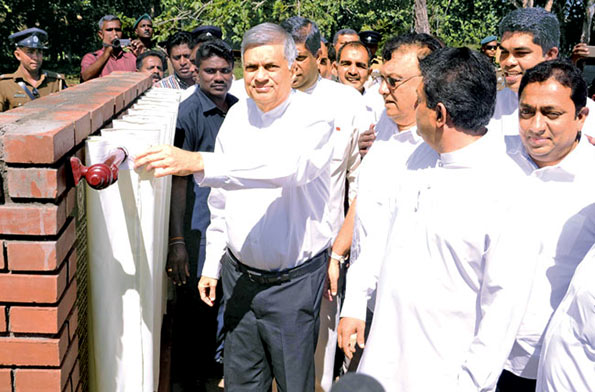 Marking yet another important milestone in the country’s development in the economic, administrative and transportation spheres, Prime Minister Ranil Wickremesinghe yesterday inaugurated construction work on the second phase of the Central Expressway at a ceremony held at Kudagammane on the Giriulla – Alawwa road.

This project is undertaken by the Highways Ministry and the Road Development Authority under the guidance of Highways and Higher Education Minister Lakshman Kiriella.

Construction work on the second phase is scheduled to be completed in mid 2019. The second phase from Mirigama to Kurunegala consists of 39.29 kilometres.

There will be five interchanges between Meerigama and Kurunegala. They are at Mirigama Nakalagamuwa, Malpitiya, Pothuhera and Kurunegala. He entire 2nd phase is built by local contractions. Earlier construction of all Expressways had been entrusted to foreign contractors and the special feature of the second phase construction is that the expenditure made on it will accrue to local contractions, thus eliminating a heavy drain on foreign exchange.