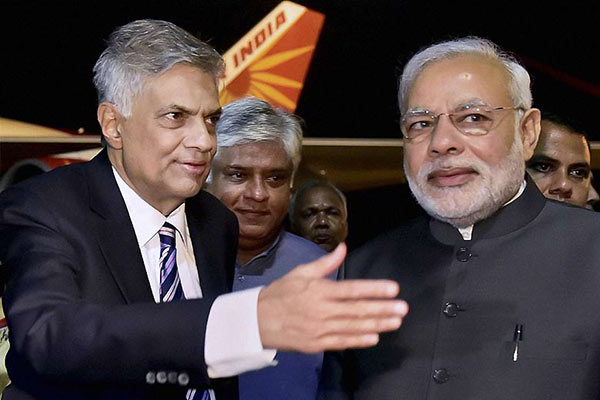 Prime Minister Narendra Modi arrived in Colombo on a two-day visit aimed at reinforcing the traditional connect between India and Sri Lanka at a time when China seeks to make inroads into the island nation. Sri Lankan premier Ranil Wickremesinghe and several senior ministers, including foreign minister Mangala Samaraweera, were at the Colombo International Airport to receive the PM.

Wickremesinghe’s gesture highlighted the warmth in friendship between two neighbours. The Lankan PM had visited Delhi last month when the two sides announced a comprehensive economic agreement, including Indo-Japan joint development for the Trincomalee Port, oil refinery and use of tankers by Indian Oil Corporation in the port area. “As Sri Lanka proudly celebrates International Vesak Day, I warmly welcome Indian premier @narendramodi who will grace the occasion,” tweeted president Maithripala Srisena.
Later, the PM visited one of Lanka’s oldest Buddhist temple, Seema Malaka, and took part in the traditional lamp-lighting ceremony. The two PMs prayed and offered flowers, which is a part of the over 120-year-old Gangaramaya Temple. The temple is situated in the bustling inner-city Colombo, nearby the scenic Beira Lake, is a popular tourist attraction.

On his second visit to Sri Lanka in two years, the PM will participate in the International Vesak Day celebrations on Friday, the biggest Buddhist festival. He will also inaugurate a hospital built with India’s Rs 150-crore assistance and address Indian-origin Tamils against the backdrop of India’s insistence that Sri Lanka should undertake devolution of power to the ethnic community as part of reconciliation.

The visit to re-emphasise traditional connect between India and Sri Lanka, particularly in the context of Buddhism, assumes significance since China is aggressively trying to establish links in Sri Lanka. It has already developed the Hambantota port, where its submarines have been making calls, much to India’s discomfort. Prior to his departure, the PM said in a Facebook post, “my visit brings to the fore one of the most abiding links between India and Sri Lanka — the shared heritage of Buddhism.” 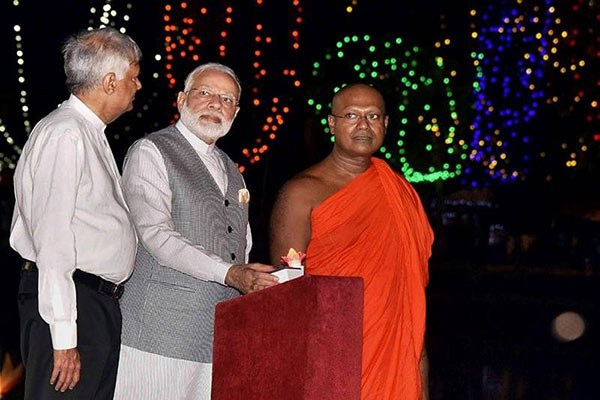 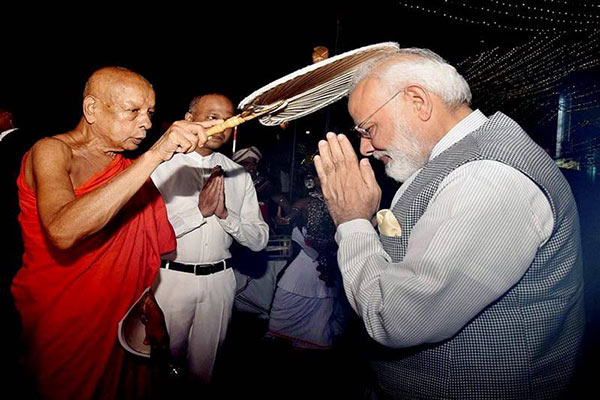 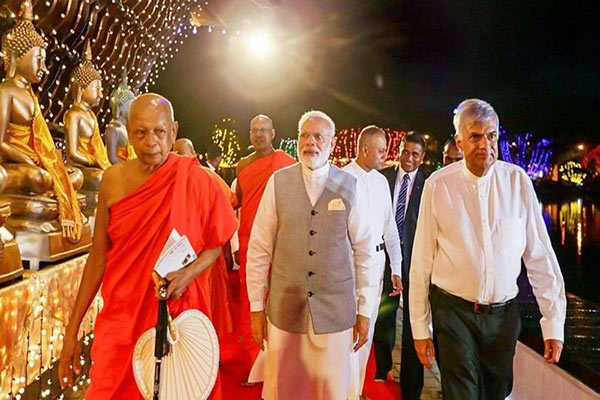 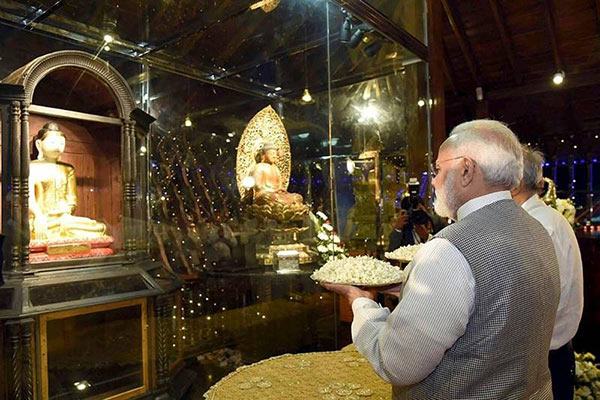