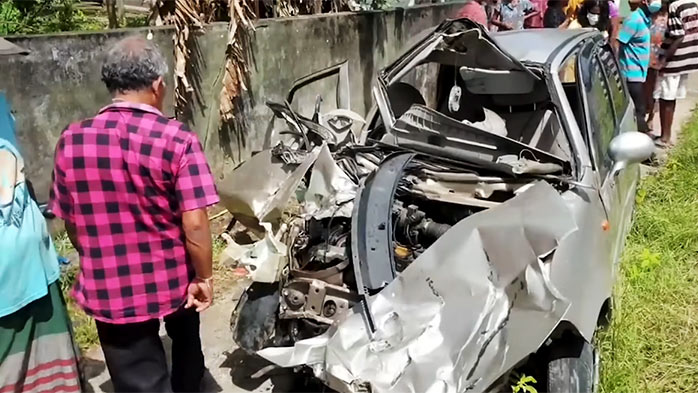 A pregnant woman and her 10-year old daughter had died and four others were seriously injured when a car hit a moving train at an unprotected railway crossing of Magalla Gangarama road in Galle this morning (July 18).

The injured were admitted to the Karapitiya teaching hospital.

The car which was transporting a group of Six persons including a pregnant woman, two children and three men from Godakanda area, were returning from a wedding ceremony when they met with the tragedy.

According to reports, the car had attempted to pass through the railway crossing despite the signal light flashing red and the alarm siren when the Vavuniya bound Rajarata Rejina express train from Beliatta was approaching and subsequently slammed against the car.

However, the vehicle had stopped right at the middle of the track and was thrown into the air after coming into contact with the train, he said, adding that they rushed the driver and passengers to the hospital.