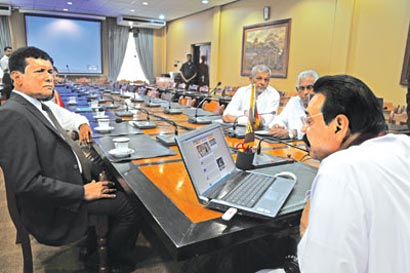 “Unlike other websites this website would be updated regularly”, the President said after launching the website: www.slfpjapan.com

The office-bearers of the SLFP Japan branch including the Secretary, G. K. Pathirana, Treasurer, Cecil Perera, Coordinator, Janaka Priyanta Illesinghe participated at the ceremonial launch of the website.

Cecil Perera said that the information on current affairs would be exchanged between the two countries through the website.