Army called in as mob takes on police 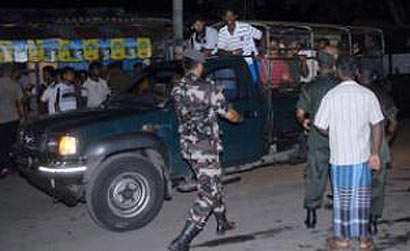 The army was called in a short while ago to the Modera police station after angry mobs stormed the area to protest over the arrest of a youth who sustained serious injuries to his arm while in custody.

Police spokesperson Superintendent (SP) Prishantha Jayakodi said that the youth was a drug addict who was taken into custody along with a packet of heroin.

The suspect later cut his hand on an iron rod of the police cell and was taken to the Colombo National Hospital where he is being currently treated, SP Jayakodi said.

The suspect is currently being treated under police protection. (LB) (DW)

Home » Army called in as mob takes on police