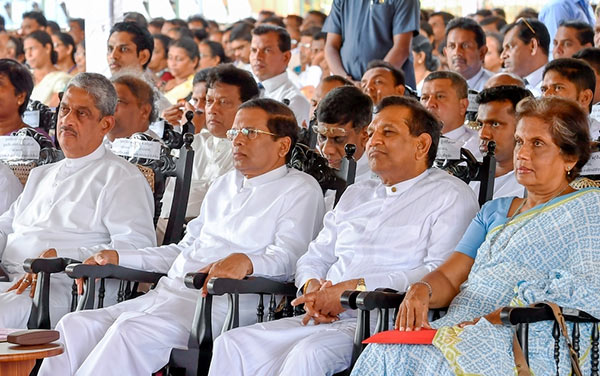 President Maithripala Sirisena pointed out the importance of streamlining and more efficiently implementing the programmes on waste management and prevention of dengue menace.

All should pay their special attention considering that these issues don’t belong to a certain political party or the Government, but issues related to the lives of the all the citizens of the country.

Expressing his views the President further said that in some situations institutional problems causes obstacles for waste management and prevention of dengue menace.

President Sirisena requested all to join hands to implement these programmes more efficiently and comprehensively considering these issues as problems for the entire country, while appropriately coordinating with the institutions.

The President requested all heads of institutions and government officials to pay more attention for the circulars and instructions earlier issued by the government on the waste management and dengue eradication. He said that the people also should be aware of these matters.

The President also visited Thakshila Vidyalaya in Gampaha and inquired about the shortages of the school.

When the students of the school requested him to provide a playground and a new building, the President assured to provide 5 million rupees for that purpose. He also had a cordial discussion with the students.