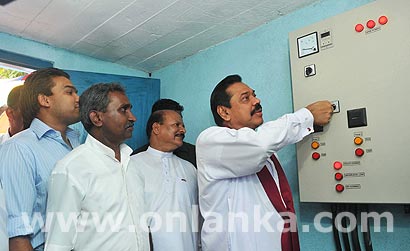 President Mahinda Rajapaksa has inaugurated the Ruwanpura Sevana Praja water supply and hygiene project at Werallegama, Harispattuwa on 25th August while he was in Kandy to attend the annual Esala Perahera of the Sri Dalada Maligawa. The World Bank contributed 70% of its assistance to the project which is beneficial for 438 families in the area and meet their drinking clean water requirements.

There are nearly 600 Sevana Praja water supply projects launched by the Central Province recently and the Werallegama Ruwanpura project is the second largest project in the province. The significance of such projects is that those have been constructed with the support of the locals in the area

Governor of Central Province, Tikiri Kobbekaduwa, Chief Minister Sarath Ekanayake and Namal Rajapaksa MP were among the participants at the occasion. 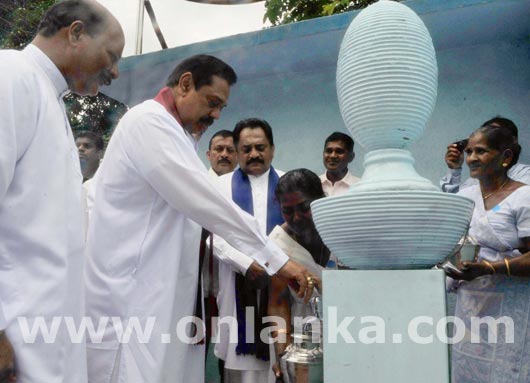