Diyawadan Nilame hands over the Perahera Sannasa to President Rajapaksa 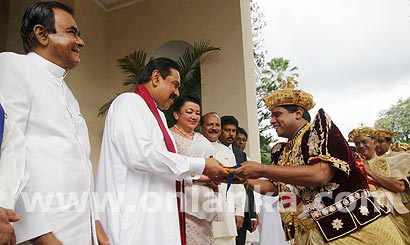 The annual Kandy Esala Perahera concluded yesterday with the water cutting Day Perahera parading on the streets. Diyawadana Nilame Nilanga Dela Bandara handed over the Perahera Sandeshaya (Sannasa) to President Mahinda Rajapaksa to inform the successful completion of the Kandy Esala Perahera at the President’s House, Kandy on 23 August 2010.

According to the traditional customs, Diyawadana Nilame accompanied by the Basnayaka Nilames of the main four Devalayas reported the successful completion of the annual Esala Maha Perahera of the Sri Dalada Maligawa and the four Devalayas. The Sannasa reports to the President that the Annual Esala Perahera was held successfully in keeping with the age old traditions. President Rajapaksa extended his profound thanks on behalf of the Government and people to all those involved in the conduct of the Dalada Perahera in such grand splendour and it’s successful conclusion.

After handing over the Sandeshaya, a ceremony to present awards and certificates of appreciation to artistes who participated in the perahera was held under the patronage of the President. Prime Minister D.M.Jayaratne, First Lady Shiranthi Rajapaksa, Governor of the Central Province Tikiri Kobbekaduwa, Chief Minister Sarath Ekanayake and many distinguish invitees were present at the ceremony. 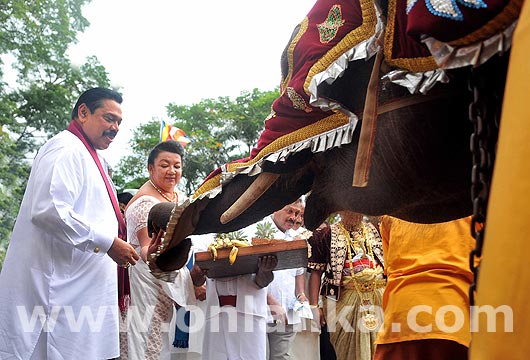 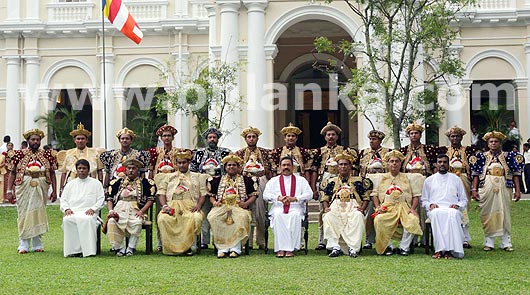