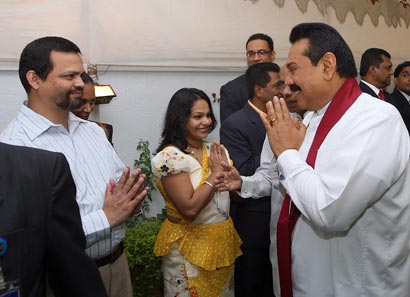 President Mahinda Rajapaksa who is on a three day official visit to Bangladesh met with his countrymen at the Sri Lanka High Commission in Dhaka. A large number of Sri Lankans those who are working and residing in Bangladesh gathered at the High Commission premises to meet the President.

The official talks between the two sides were held in a friendly and cordial atmosphere. Both sides noted with satisfaction that relations between Bangladesh and Sri Lanka are characterized by warmth and friendliness. The joint Press Release stated that the official visit was extremely useful for promoting greater understanding and cooperation between Sri Lanka and Bangladesh and five MoUs have been signed between the two countries to enhance bilateral relations.

After a successful state visit, President Rajapaksa arrived today on Wednesday 20 April with sacred hair relics of Lord Buddha released by the Government of Bangladesh presently enshrined in a Buddhist Monastery in Chittagong for exposition in Sri Lanka during 2600 Sambuddhathwa Jayanthi ceremony in May this year. 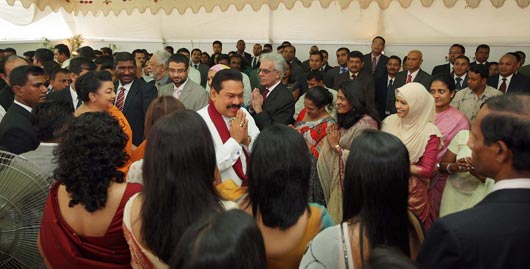 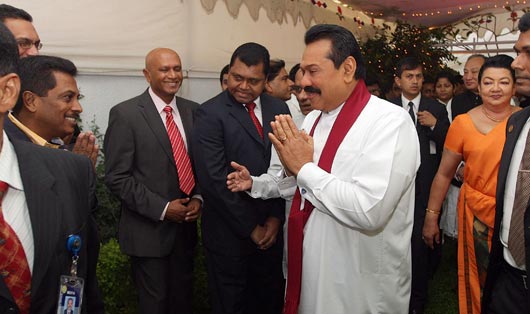