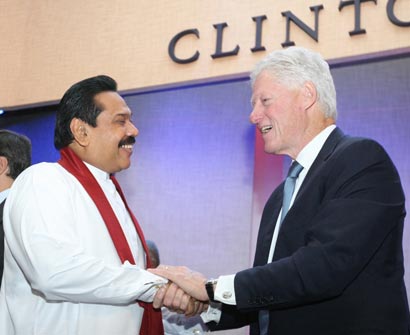 The Sri Lankan President received a warm welcome from the former President of the United States and the founder of the CGI, Bill Clinton at the opening plenary session of the event. The Clinton Global Initiative Annual Meeting is an invitation only event held in September in New York City for heads of state, chief executives of world renowned companies, directors of major charities and non-profitable organisations and other global leaders.

It is one of the many largest international bodies connected in to line up positive action plans for Political, Social, Economic Development and environmental issues in the developing and third world countries. The present focus of the CGI is in the sectors of Education, Health, Poverty Alleviation and Climate Change. Leaders and law makers from around the world share their effective strategies for addressing the global issues in the world.

Meanwhile former President of Sri Lanka, Chandrika Kumaratunga who is a Member of the Advisory Board of the Poverty Alleviation Group of the Clinton Global Initiative also in New York to participate the event. She has been attending CGI’s annual sessions since 2006.

President Rajapaksa is due to address the 66th UN General Assembly on Friday 23 September. 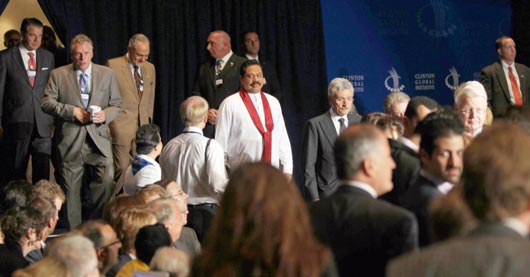 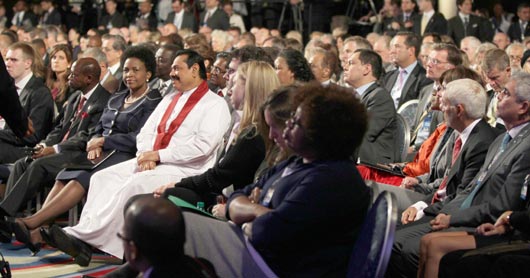