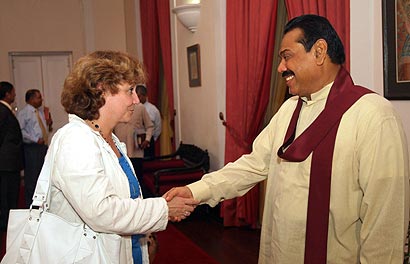 The main focus of the key meeting between President Rajapaksa and the top of World Bank official was on the development assistance and possible support by the World Bank to Sri Lanka, especially on the government’s post-conflict massive development projects. Ms Guerrero is on a three day official visit to Sri Lanka to review the World Bank funded development projects. She visited Mannar, Kilinochchi and Mullaitivu to monitor number of such projects in areas previously under Tamil tiger control.