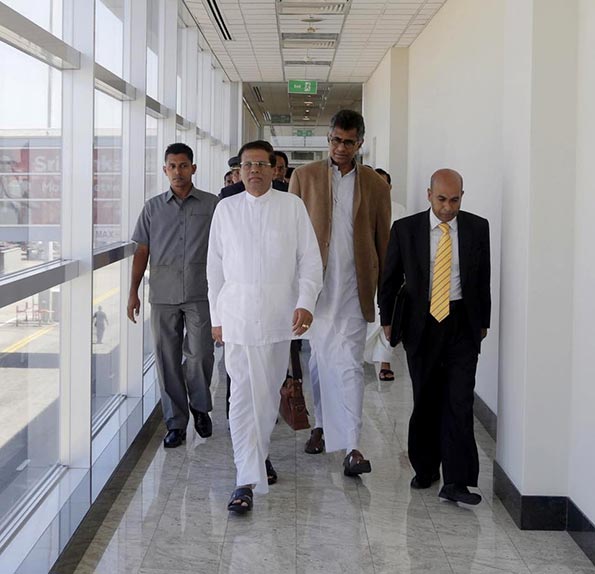 Making the first overseas visit as the President of Sri Lanka, President Maithripala Sirisena left for India a short while ago for three-day official visit, the President’s Office said.

The Presidential Media Unit stated that this visit is in line with the invitation extended to President Sirisena from Prime Minister Narendra Modi.

President Sirisena will remain in India until February 18 and while there, he is due to meet with the President and Prime Minister of India for discussions.