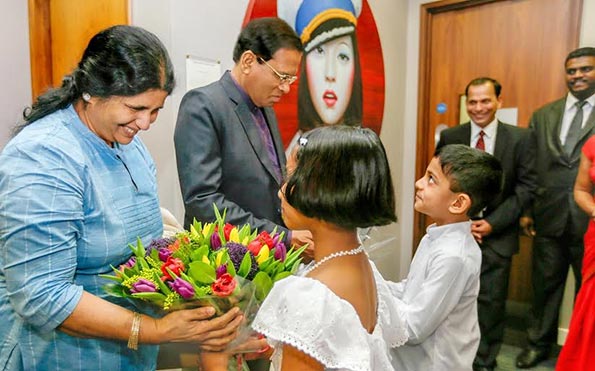 President Maithripala Sirisena received a warm welcome as he arrived at London Heathrow Airport commencing his three-day official visit to the United Kingdom on 07 March 2015. First Lady Jayanthi Sirisena is accompanying the President. Two Sri Lankan children welcomed the President and the First Lady at the airport.

Her Majesty the Queen’s special representative Baroness Garden of Frognal was at the VVIP lounge at London Heathrow Airport, to welcome Sri Lanka President and the First Lady. President Maithripala Sirisena, as the Chairman of the Commonwealth, will attend the Commonwealth Day Celebrations on Monday (09).

Already arrangements have been made to an audience with Her Majesty the Queen at Buckingham Palace and a special meeting with British Premier David Cameron at his official residence.

Sri Lanka’s Acting High Commissioner in the UK, Dr. Chanaka Talpahewa, Mrs Talpahewa and the High Commission staff were present at the airport to welcome President Sirisena and his small delegation. This is newly elected Sri Lankan President’s first ever UK visit and first official engagement as the Chairman of the Commonwealth. 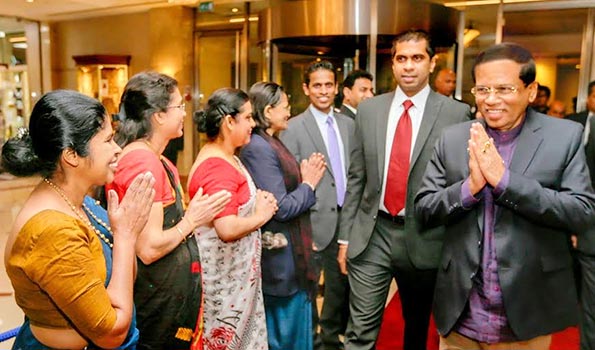