Public waging war to save the country – JVP 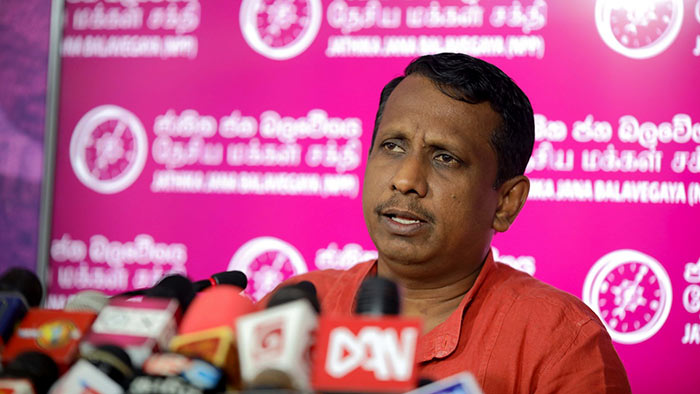 The JVP says the present government is acting in a manner that it can divide the country in several sections and sell them to foreign entities since it managed to liberate the country from separatists.

Speaking to media in Badulla, former Parliamentarian Samantha Vidyaratna said it is regrettable that the country’s strategic economic centres are being sold to foreign powers.

He said the Portuguese, the Dutch and the English invaded the country on three separate occasions.

The former MP said during the term of President Gotabaya Rajapaksa, three foreign powers, the United States, India and China have entered the country at once.

He said the US entered through the Millennium Challenge Corporation agreement, yet due to public uproar, the proposal did not come to fruition.

The former JVP MP said the government is now planning to give China the Colombo Port City with a 1,100-acre plot of land.

Former Parliamentarian Samantha Vidyaratna said the Portuguese entered the country after seeking a small area and by 1815 the entire country was handed over to the English through the Kandyan agreement.

He said the President has now decided to hand over a strategic location to China which will lead to an invasion.

Former Parliamentarian Samantha Vidyaratna said the present government sold the war to gain power and now the public has to wage war against them to save the country.

He said the public should come forward to liberate the country from the present administration which is selling the country to foreign powers.

Home » Public waging war to save the country – JVP