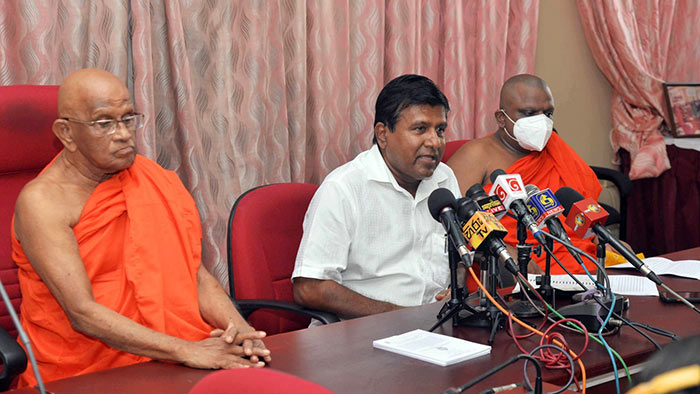 The Sri Lanka Podujana Peramuna (SLPP) will take action against the outbursts of MP Wijeyadasa Rajapakshe who criticised the proposed Port City Bill as an attempt to create a Chinese colony within Sri Lanka.

Media Minister Keheliya Rambukwella said it was not fair by the MP to raise his concerns before the media, without discussing it at the recent Government parliamentary group meeting where his fears could have been allayed. Minister Rambukwella told the media at the Information Department yesterday that “If he (MP Wijeyadasa Rajapakshe) raised those issues at the group meeting, we could have responded with facts and shown that those fears are unfounded.”

But the Minister said, instead, he had chosen a different path. “The party will have to take ‘some action’,” he said because he was misleading the public and making false allegations on a key project of the Government.

The Port City project is expected to attract high-end investors from all over the world and give an impetus to boost the country’s pandemic-hit economy so that the general masses will benefit immensely.

He added that the Port City Act will be in keeping with the Constitution and if the Supreme Court finds any provision in the Bill to be inconsistent, the Government will change it promptly.