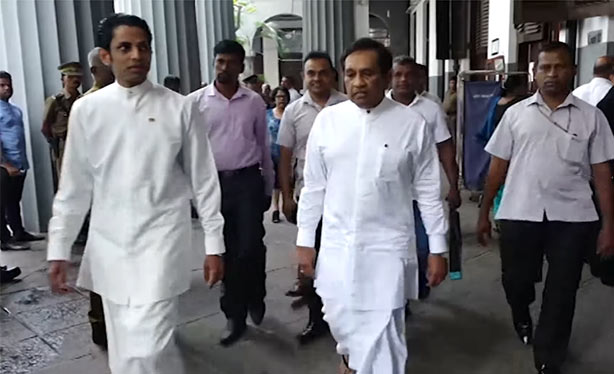 Former Health Minister Dr. Rajitha Senaratne has arrived at the Colombo High Court for the hearing of the revision application filed by the Attorney General against the order of the Chief Magistrate granting bail to him.

On December 30, MP Senaratne, who was remanded on the charges of organising a ‘white van’ press conference prior to the presidential election, was granted bail with two sureties of Rs.500,000 each by the Colombo Chief Magistrate.

The Attorney General, on January 08, filed the revision application on January 08 challenging the decision of the Magistrate Court to grant bail to the Parliamentarian.