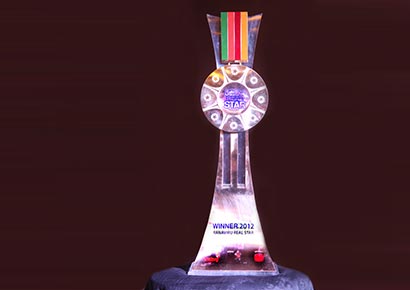 The Grand Finale of the highly anticipated ‘Ranaviru Real Star’ – Mission 2, one of the most watched Reality Shows in Sri Lanka highlighting the innate talents of the armed forces personnel will hit the airwaves live on Sri Lanka Rupavahini from 6.30pm onwards on 06th July 2012 telecast direct from the Sugathadasa Indoor Stadium in Colombo.

Ranaviru Real Star was initiated on a concept by Secretary Defence and Urban Development Mr. Gotabaya Rajapaksa and is organized by the Ministry of Defence in partnership with Dialog Axiata PLC.

A press briefing was held at the Grand Ballroom of the Hotel Galadari, Colombo, today (4th July) which was graced by Secretary Defence and Urban Development Mr Gotabaya Rajapaksa.

At the briefing, the Director General of the Media Centre for National Security (MCNS) Mr Lakshman Hulugalle addressing the media said that Ranaviru Real Star is a brain child of Secretary Defence which aims at to bring out the hidden talents of the war heroes of the three forces. He further stated that the whole country has embraced the Ranaviru Real Star Reality programme and over 2.2 million SMS’s have been received so far. The DG of the MCNS thanked the Secretary Defence for having initiated the programme and also thanked His Excellency the President Mahinda Rajapaksa for his blessings towards the reality show.

Addressing the gathering the Chairman of the Sri Lanka Rupavahini Cooperation Mr Mohan Samaranayaka admired the concept of Ranaviru Real Star by Secretary Defence and said that the concept is very unique of its kind. He further said that, if not for the defeating of the three decade long reign of terror unleashed by the LTTE terrorists, our country would have been similar to Sudan or Kosovo and would have been divided. The strong Political Leadership was further strengthened by the strong strategic leadership provided by the Secretary Defence and the bane of terrorism was eliminated, he said. He also said that this reality programme helped to further strengthen the venerated veneer of the security forces and it has also honoured the soldiers who fought the war. He also reiterated that the famous Ranaviru Real Star programme was embraced by the public with much honour.

The panel of judges comprises of eminent personalities in the music industry of Sri Lanka and will have a direct say in 60 percent of the outcome, whilst the rest of the outcome will be decided by the public via SMS.

The Chief Marketing Officer of the Dialog PLC Ms. Amali Nanayakkara said that “It has been an honour and a privilege for Dialog to involve with the RRS for the second consecutive year and the realization of hidden talents of our war heroes of the three forces is a worthy cause”. 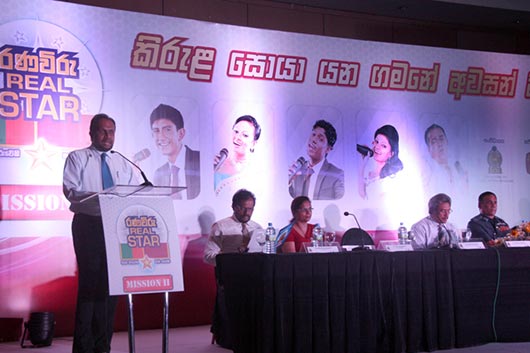 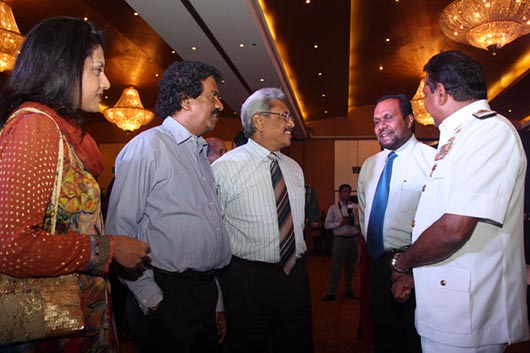 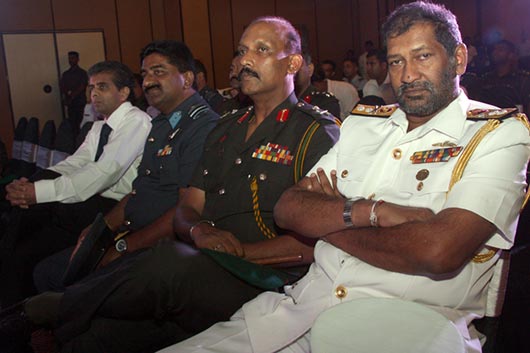 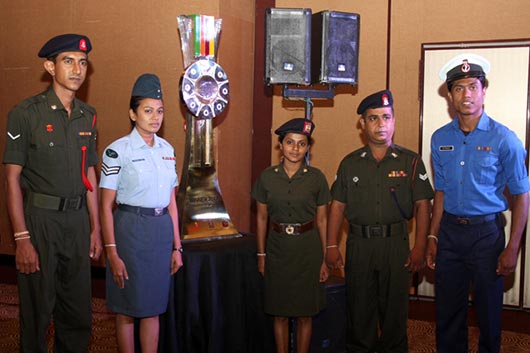