AG Wanasundara sworn in as a Supreme Court Judge 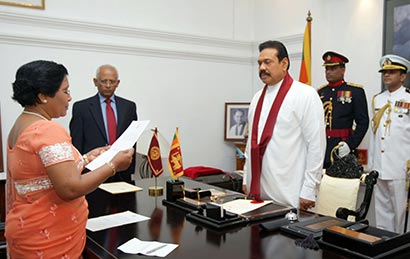 Attorney General Mrs. Shanthi Eva Wanasundara was sworn in as a Justice of the Supreme Court before President Mahinda Rajapaksa at Temple Trees today on 05 July. Secretary to the President, Lalith Weeratunga, representatives from armed forces and family members of Mrs Wanasundera were present at the occasion.

Shanthi Eva Wanasundera was born in Kurunegala. Beginning her primary education at St. Thomas Girl’s College in Matara, she was compelled to change schools on account of her father’s transferrable profession of teaching. Her father Hector Jayasena was a reputed teacher. She was fortunate to win a scholarship to study in USA while she was at Dharmapala, College, Pannipitiya. Ending her studies in Sri Lanka she left to USA for higher studies under the scholarship at Canyon del Oro High School Tucson, Arizona, USA.

On completion of her studies she returned to Sri Lanka and entered Law College in early 1970s. She debuted as an Attorney-at-Law at the Gangodawila Magistrate Court (Nugegoda) followed by the District Courts in Mt.Lavinia and Colombo. She joined the Attorney General’s Department in 1979 as a State Counselor. Subsequently she served as the Senior State Counselor, Deputy Solicitor General, Additional Solicitor General and Solicitor General.

She is also master degree holder of Law at the University of Leicester, UK. Being a professional and senior official of Attorney General Office, she represented Sri Lanka in key conferences overseas keeping Sri Lanka flag high. 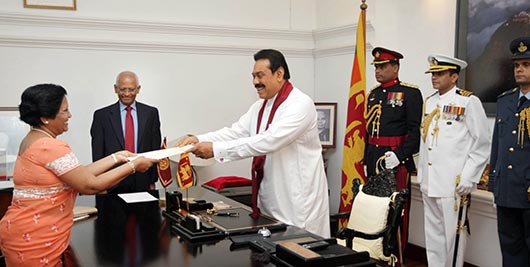 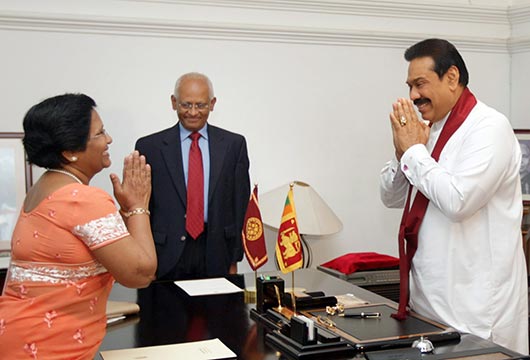 Home » AG Wanasundara sworn in as a Supreme Court Judge