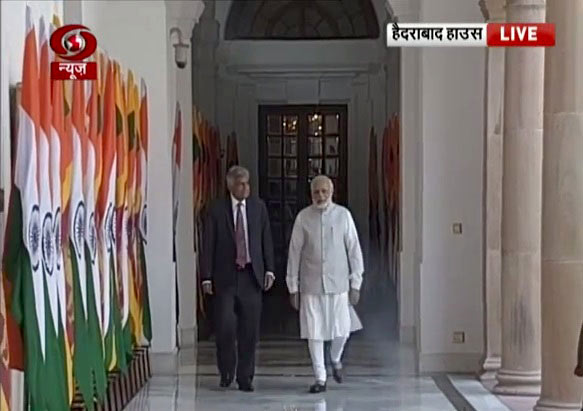 Prime Minister Ranil Wickremesinghe met with his Indian counterpart Narendra Modi at Hyderabad House in Delhi a short while ago.

This is Wickremesinghe’s first foreign visit after assuming office. Choosing India as his first foreign destination after becoming Prime Minister, is part of the efforts by the new government in the island nation to reinvigorate ties with India.

The talks are expected to touch upon the sensitive fishermen issue and regional security.

The Comprehensive Economic Partnership Agreement, however, would not figure in the Lankan premier’s agenda in New Delhi.

The Prime Minister’s visit is coinciding with the meeting of the UNHRC in Geneva that took up several issues including the war crimes in the island nation.