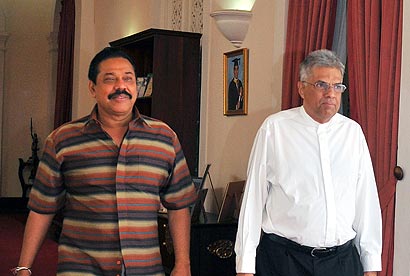 President Media Unit could not specify the details of the today’s meeting. However when contacted, a few UPFA government and UNP parliamentarians also said they are not aware of such an emergency meeting. Other media organisations were not informed to cover the event.

Pictures are seen here two leaders in conversation while walking through the corridors of the President House. 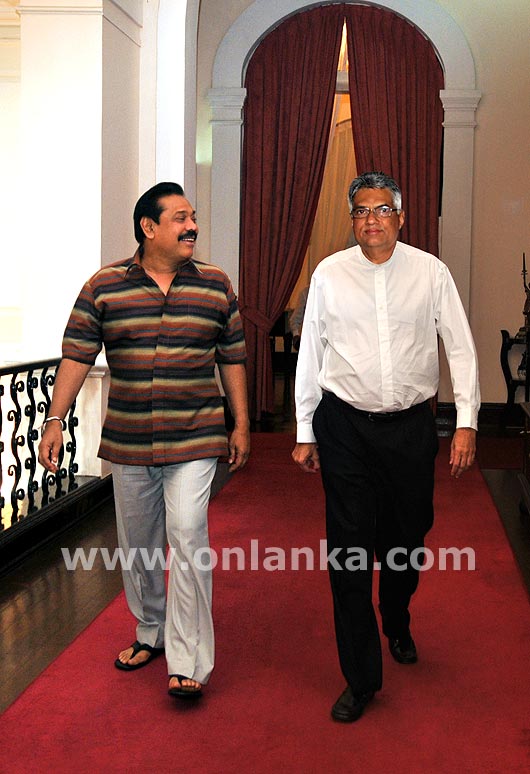