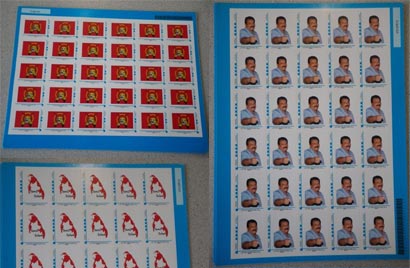 “Sri Lanka has protested in the strongest possible terms and made it clear that any foreign mail with these stamps will not be welcome in Sri Lanka,” a foreign ministry official told AFP on Friday.

The official said they were the work of a “terrorist rump” trying to keep the Liberation Tigers of Tamil Eelam (LTTE) alive after their final military defeat by Sri Lankan troops in May 2009.

Following a formal complaint, Britain’s Royal Mail apologised “for any distress caused” and said it had blocked the offending stamp and cancelled the account it was created on.

Earlier this month, the foreign ministry called in the French ambassador to register its “acute concern” over similar stamps that had been put together there.

As well as images of Prabhakaran — killed in the final military offensive against the LTTE — the stamps showed the LTTE flag with its sword-crossed tiger emblem.

The LTTE is listed as a terrorist organisation by the European Union and Canada, as well as the United States.