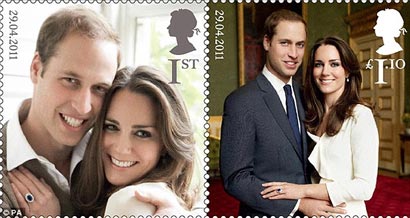 The new stamps have printed on a sheet of four costing £3.12, two first-class and two £1.10 stamps. The first-class stamp marking William and Miss Middleton’s wedding is priced at 46 pence as the cost of a first-class stamp increases by 5 pence from 04 April. The new £1.10 royal wedding stamp covers the postage of letters and cards, weighing up to 20g, sent worldwide.

New stamps were released on Her Majesty the Queen Elizabeth II’s birthday, April 21, a very special day to the British Royal family and have been approved by the monarch, with Prince William also involved in the process.

Prince William has featured on Royal Mail stamps twice before to mark the Queen Mother’s 100th birthday on 04 August 2000 and three years later in 2003, he became the first member of the Royal Family to have a set of stamps produced to celebrate his 21st birthday. Therefore this is the third time Prince William has appeared on a Royal Mail stamp. The royal wedding stamps mark another first, as William is the first of The Queen’s grandchildren to have their wedding commemorated on a set of stamps.

The marriage of William’s parents, Prince Charles and late Princess Diana (Princess of Wales), in 1981 was marked by two Royal Mail commemorative stamps, a 14 pence first-class stamp and a 25 pence one for overseas mail. The last issue of Royal Mail stamps celebrating events in the life of the Royal Family was brought out to commemorate the Queen Elizabeth II’s Diamond Wedding Anniversary in October 2007.

Royal Mail Director Stephen Agar said, “We are honoured to be celebrating this very special and historic occasion through this set of stamps. We believe that that this set of commemorative stamps will be very popular with people both in the UK and around the world. As the nation gets set to celebrate we are proud to be able to offer this everlasting reminder of such a special event.”

The stamps have been rolling off the presses at Walsall Security Printers in the West Midlands. Managing Director Paul White said, “as a security printer we have been printing stamps for Royal Mail for over 22 years and we have done many commemorative issues during that time. We feel really honoured that they have chosen us to be the printer of this particular royal wedding issue for Prince William and Catherine.”

He said each of the five colours in the stamps was printed separately and perforated at the same time, with the job done on the same machine from start to finish.

“For all stamp issues, including this Royal Mail issue, it is extremely important for all the colours to look exactly how the designer intended. We have a lot of checks in our production process to make sure that these processes are right and that at the end of the day the colours are exactly how everyone intended,” Paul White further added.

Andrew Hammond, Managing Director of Royal Mail Stamps, said, “Every stamp that Royal Mail does has to go through royal approval which means that it has to go to Her Majesty the Queen for approval and the royal wedding stamp is no exception to that.

“We are delighted that Prince William actually got involved in the process as well so we have been working with Clarence House, with Prince William and indeed royal approval from Her Majesty the Queen.

“Walking into the post office and actually buying the stamps today is a culmination of absolutely loads of effort from the team at Royal Mail and indeed at Clarence House. It feels fantastic to see the royal wedding stamps on sale and it is a long journey from working with Mario Testino to working with the palace, getting the stamps printed and out in time for the public to buy and commemorate this great event. Royal Mail is expecting a strong demand for the collectibles” 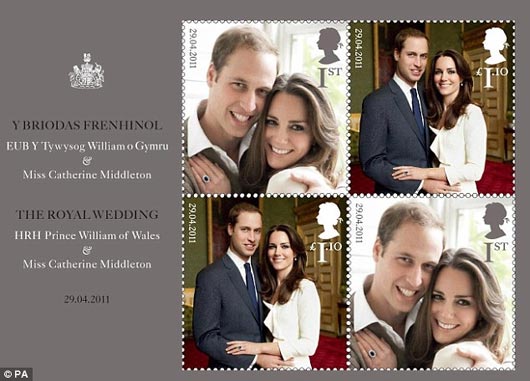 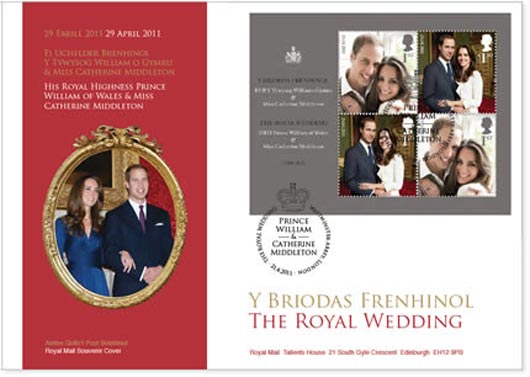