Sajith’s Election Manifesto to be unveiled on Thursday 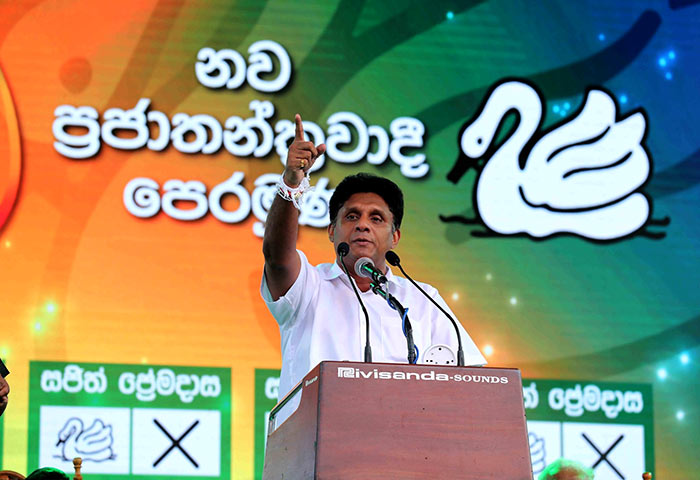 The Election Manifesto of the New Democratic Front’s Presidential candidate Sajith Premadasa, will be unveiled at 9am on Thursday in Kandy.

Speaking during an event in Kandy, Minister Lakshman Kiriella said a number of new programmes have been included in the election manifesto of Sajith Premadasa.

Responding to a comment made by Opposition Leader Mahinda Rajapaksa on the Central expressway project, claiming the present government has not initiated programmes for the residents of Kandy, Minister Kiriella said if the former President is willing, he will show him around and educate him about the projects carried out by the present administration in Kandy.

Minister Kiriella claimed former President Mahinda Rajapaksa only carried out projects targeting the South and constructed an expressway that linked his ancestral home to the road network.

The Minister added the former President however did one thing in Kandy, which was staging a racing event in the vicinity of the Temple of Tooth relic, despite the opposition of the Maha nayakas.

Home » Sajith’s Election Manifesto to be unveiled on Thursday