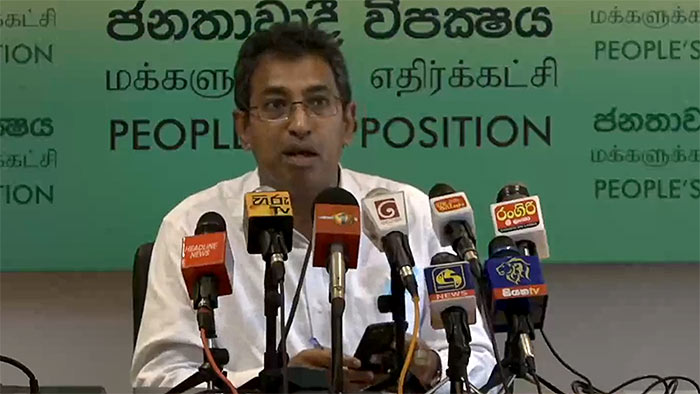 The Samagi Jana Balawegaya has introduced three hotlines for the general public to lodge complaints pertaining to challenges faced in the wake of the COVID-19 pandemic, as the SJB hopes to intervene on behalf of the public.

Speaking at a media briefing held at the office of the Leader of the Opposition Parliamentarian Dr. Harsha de Silva the initiative has been named ‘The country will hear your voice’.

Meanwhile when inquired by media pertaining to reports that efforts were underway to remove ventilators from 1990 ambulances and move them to hospitals, the MP however deemed them as entirely false.

He explained that the report was flawed as 1990 ambulances only have basic life support equipment and do not have ventilators.

He stressed that while the opposition has issue with the government’s COVID-19 mitigation programme, as a responsible opposition they must refute such claim that seek to distort the truth.