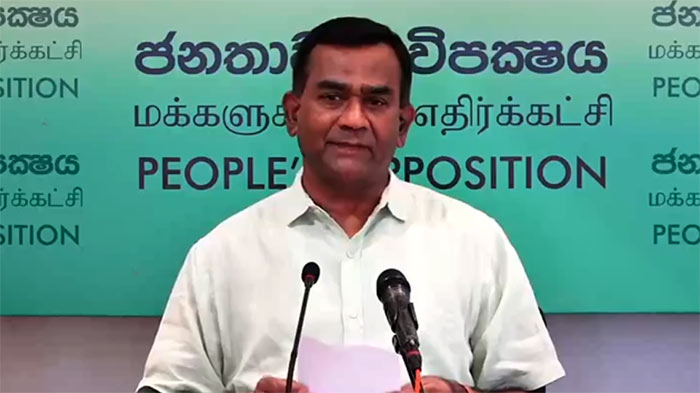 The Samagi Jana Balawegaya (SJB) will take a range of measures to broaden the party apparatus and will enter into dialogue with other opposition parties aimed at forming a broader coalition to win the 2024 Presidential elections, Opposition Parliamentarian Tissa Attanayake said yesterday.

The SJB has appointed a ten-member committee to begin a dialogue with opposition parties, including the United National Party (UNP), to broaden the coalition next year, Attanayake said.

Addressing the press at the Opposition Leader’s office, Attanayake said that the SJB’s new constitution had been unanimously approved at the Party Executive Committee meeting held in Bandarawela recently. He was joined by SJB MP Nalin Bandara. A program to inform the public about the new party constitution will be carried out by SJB General Secretary MP Ranjith Madduma Bandara.

According to Attanayake, the main opposition party plans to decide on the composition of its Management Committee, National Executive Council and Working Committee in the next two weeks. “We plan to build a strong grassroots-level party structure in the first three months of 2021. We hope to make 2021 the year to mobilise the public and begin preparations for the 2024 Presidential Elections,” Attanayake said.

A membership drive at electoral seat level will also begin early next year, Attanayake said, calling on the Government to hold the much-delayed Provincial Council elections.