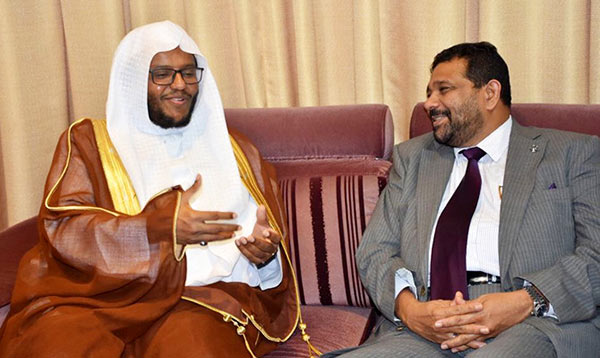 A senior Saudi adviser to the Muslim World League (MWL) has pledged the organization’s help in fighting drug abuse in Sri Lanka.

During a four-day visit to the country, Dr Ahmed Hamad Jilan also promised support for the development of education there.

Jilan, East Asian nations’ adviser for the MWL in Makkah, was speaking to Arab News on Monday after meeting with Sri Lanka’s Western Province Gov. Azath Salley at the governor’s offices in the capital Colombo.

He pointed out that peaceful coexistence with other communities was imperative for the development of any nation and said that the MWL was committed to cooperating in the fight against drug abuse and promoting education in Sri Lanka.

Jilan said that Saudi Crown Prince Mohammed bin Salman followed a moderate path by respecting the values of all other faiths. “Islam believes in tolerance, compromise, peace, and brotherhood among all ethnic groups,” Jilan added.