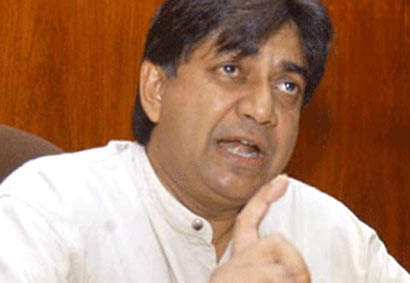 Sri Lankan household workers will no longer be required to surrender their passports to their sponsors, according to a new agreement signed between Saudi Arabia and Sri Lanka on Monday. Under the agreement, the salaries of domestic workers will also be remitted to their bank accounts. The two governments signed on Monday a memorandum of understanding for the protection of Sri Lankan domestic workers in the Kingdom.

Until now, Saudi employers have retained the passports of their domestic helps and have paid their salaries in cash. Saudi Labour Minister Adel Fakeih said that this is an important agreement which protects both the employer and the employee. He also said the agreement would pave the way for more workers coming into the Kingdom. The agreement will have the same provisions, including a protection mechanism for domestic help like the one the Kingdom signed with India and the Philippines earlier this month. “The agreement would streamline the recruitment scheme between the two countries and help them resolve several issues facing the recruitment of domestic aides from Colombo to the Kingdom,” Fakeih said. He said that recruitment should only be processed through licensed employment agencies. He also said that workers should be subject to sound working environments.

He also said the pact ensures that the right workers come for employment and they should be physically fit to serve in the Kingdom and able to adapt themselves to the cultural environment of the host country.

The labour agreement for domestic workers recruitment was a joint effort by Riyadh and Colombo to create a unified and well-regulated system for recruitment with emphasis on monitoring the working conditions of workers.

It will cover 12 categories of domestic workers, including housemaids, drivers, cleaners and waiters employed by individuals.

The proposed agreement includes provisions that stipulate that contracts should be drafted a language that is understood by the worker and that the worker must be informed of what to do and whom to turn to in case of an emergency. The worker also must be made aware of the facilities available to him or her, especially when it comes to health and personal safety, and the employer must agree to terminate the service contract after a maximum of two years if the employee wishes to leave his or her place of employment.

In addition, the employee has the right to retain all his or her travel documents at all times. Minister Perera thanked the Saudi government for its wonderful cooperation to materialise the agreement.

He said the decision to sign the agreement was taken during the visit of Deputy Minister for Customer Services and Labour Relations Ziyad Al-Sayigh to Sri Lanka, in December last year during the two-day Asia-Gulf States Regional Dialogue on standard terms of employment for migrant domestic workers held in Colombo.

Al-Sayigh held discussions with Sri Lankan labor officials on the sidelines of the meeting. The dialogue, sponsored by UN Women and the Sri Lankan Foreign Employment Promotion and Welfare Ministry, was attended by representatives from 20 countries, including Middle Eastern nations.

Describing it as a government to government accord, the Lankan minister said that under the new agreement, the original passports of domestic workers will be in their possession and their salaries will be remitted to their designated banks. “In my view, this will be the most protective mechanism for domestic workers in the entire Gulf region,” Perera said.

There are some 1.7 million Lankan overseas workers, 90 percent of which are in the Middle East.

Sri Lankan ambassador in Riyadh Vadivel Krishnamoorhy said that a standard employment agreement for the engagement of Sri Lankan domestic workers in the Kingdom would be adopted following implementation of this agreement.

“Under the pact, domestic workers can be assured of a safer, more decent and less problematic working environment,” he noted.