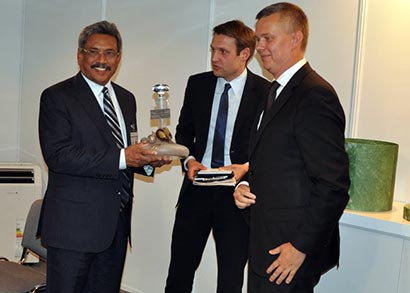 Secretary, Ministry of Defense and Urban Development Gotabaya Rajapaksa visited Poland at the invitation of Minister of National Defense Tomasz Siemoniak to attend the 20th International Defense Industry Exhibition (MPSO) held in Kielce from 3rd – 6th September 2012. The exhibition was inaugurated by President of Poland Boruslaw Komorowski on 3rd of September amidst a large gathering of invitees related to defence industry worldwide. Secretary Defence had a prominent presence among the dignitaries attending the exhibition.

During his visit Secretary Rajapaksa had a number of meetings with key personnel of the Polish Government as well as the defence industry attending the event. He also had an opportunity of meeting informally with President Komorowski as well as the Minister of Foreign Affairs Radoslav Sikorski during the lunch hosted for the invitees by the President of the exhibition Andrzej Mochon. While speaking with the Secretary, Minister Sikorski inquired whether the LTTE had been completely wipeout in Sri Lanka. Secretary Rajapaksa gave him a brief account of the defeat of the LTTE and the present situation.

The Minister of National Defence welcoming the Defence Secretary appreciated his presence at the Exhibition. Stating that the visit would open new vistas for the Polish Sri Lanka bilateral relations, he pledged to extend cooperation in promoting relations within the framework of his ministry. Minister Simionak emphasized that the initiative taken in this regard should be followed up with a plan of action for the cooperation between the two ministries. Further, mentioning that there would be opportunities for joint ventures he said that Poland would be a good partner for Sri Lanka. He also recalled the recent visit paid by the Undersecretary of State for Oriental Policy of the Ministry of Foreign Affairs Jercy Pomianowski to Sri Lanka.

Thanking for the invitation extended to attend the Exhibition, Secretary Rajapaksa appreciated the hospitality and the excellent arrangements made for his delegation. He stated that development of defence industry in Poland was very impressive and within short span it has achieved a great deal in research and development. He enlightened the Minister strengths of the defence establishment in Sri Lanka. Adding that having imported various items from number of countries during the long war lasting nearly thirty years, Sri Lanka has acquired a good knowledge of the military equipments produced worldwide. Further, he mentioned that Sri Lanka too has developed a number of items upon making research. He also discussed on transferring technology, training and intelligence sharing which would benefit both countries. Secretary Rajapaksa mentioned that upon winning the war new challenges has emerged in the region as commercial shipping routes lying south of Sri Lanka were under threat. While Sri Lanka is collaborating with Indian coast guard and Indian Navy he emphasized on the need of closer cooperation on maritime security.

While in Poland Secretary Defence also had a meeting with the Undersecretary of State for Security Policy of the Ministry of Foreign Affairs Boguslaw Winid. Discussion focused on the promoting of closer cooperation, exchange of delegations, training, transferring technology, and intelligence sharing which would strengthen bilateral relations between the two countries. The Undersecretary of State who is an avid reader of history of wars also inquired the strategy adopted to liberate the North and the East of Sri Lanka from the clutches of the LTTE in less than three years by ending the war which lasted nearly thirty years. 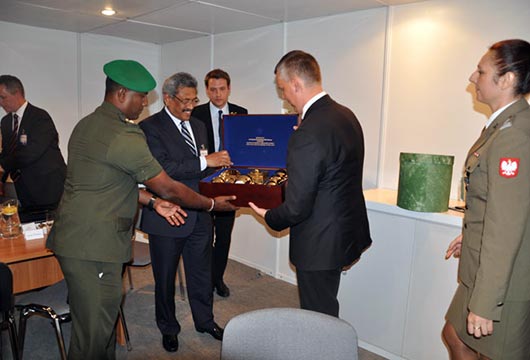 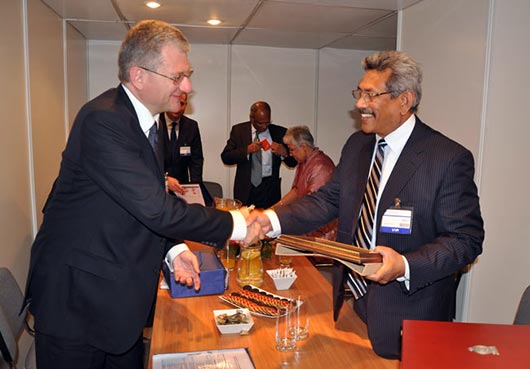 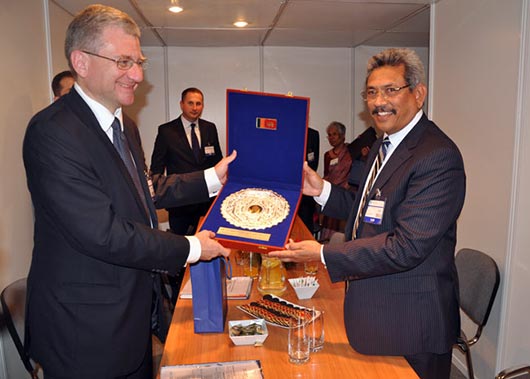 Embassy of Sri Lanka in Poland