Shortage of passports in Sri Lanka to end soon 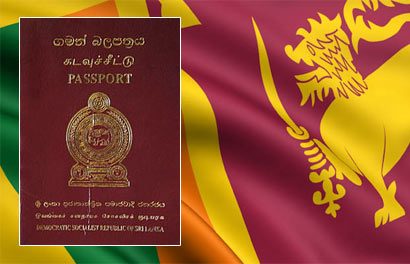 Sri Lanka’s Department of Emigration and Immigration on Friday said the shortage of new passports, which has presently put thousands on the waiting list, will end within two months.

Nihal Ranasinghe, the Controller General of Emigration and Immigration, said that following a proposal by Minister of Internal Affairs and Wayamba Development, S.B. Navinna, the cabinet of ministers had granted approval to order one million passports, reports Xinhua news agency.

The order for the new passports was placed on Thursday.

Sri Lanka faced a shortage of new passports due to plans to upgrade to an e-passport which would include an electronic chip that includes bio data of the owner.

However the e-passport proposal ran into a legal battle due to a non-transparent procurement process which has temporarily halted the process, making authorities to continue issuing the normal passport book.

Sri Lanka offers two varieties of passports, one that includes travel to all countries, while other limits travel to Middle Eastern countries only.

Home » Shortage of passports in Sri Lanka to end soon