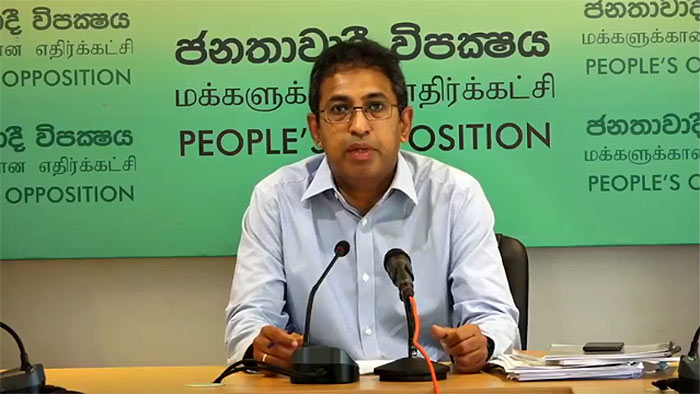 The Samagi Jana Balawegaya (SJB) yesterday called on the Government to suspend bulk imports of coconut oil and to carry out random tests of existing stocks in the market to reassure the public of food safety.

The call came after aflatoxin, a carcinogenic chemical was detected in several import stocks of coconut oil, prompting customs to direct the importers to re-export the stock.

Addressing the press at the Opposition leader’s office yesterday, SJB Parliamentarian Dr. Harsha de Silva called on the Government to temporarily halt the import of coconut oil and to only allow coconut oil that meets Sri Lanka Standards Institute certification to be released into the market.

Dr. de Silva also urged the Government to conduct random tests of coconut oil stocks in the market to ensure food security. He was joined by fellow SJB MP J.C. Alawathuwala.The opposition MPs, citing subject matter experts, explained that it was easier to prevent aflatoxin being formed during the coconut oil production stage than to remove the chemical after it was formed.

Dr. de Silva claimed that the current food security testing mechanism in Sri Lanka was not as trustworthy as ones used by foreign counties and its robustness needs to be increased.

Dr. de Silva charged that the Government’s characterisation of the resolution as a vote by the Global North against the Global South lacked merit, pointing out that several regional, African and Latin American countries voted for the resolution.

He urged the Government to understand the reality the country is facing and said that the SJB was ready to support the Government to implement recommendations made by local experts regarding reconciliation – a local mechanism to inquire in to allegations of war crimes and devolution of power under the 13th Amendment.