SJB will claim 115 seats at the General Election – Sujeewa 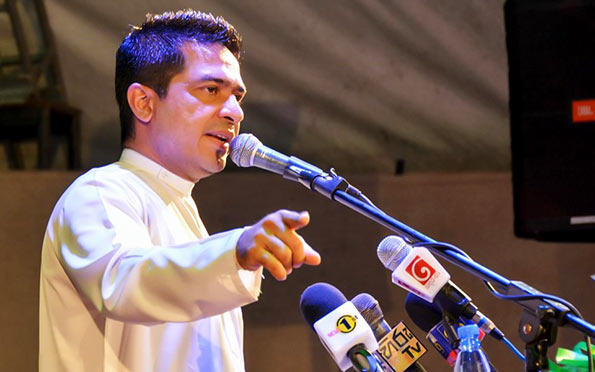 Speaking to media in Kandy, Former Parliamentarian Senasinghe said after winning the election, they will create a new political era in the country.

He charged that a group of citizens are acting like slaves and inciting racism to help sustain the political journey of some corrupt politicians, adding that if this trend continues, the country will not develop.

However, Senasinghe said he believes the people will reject racism and fake patriotism and unite as one nation.

He urged the public to reject rogues, extortionists and those who abuse power.

Former State Minister Sujeewa Senasinghe also claims that the establishment of the Presidential Commission of Inquiry is only an attempt by the Government to tarnish the image of its political opponents.

Home » SJB will claim 115 seats at the General Election – Sujeewa