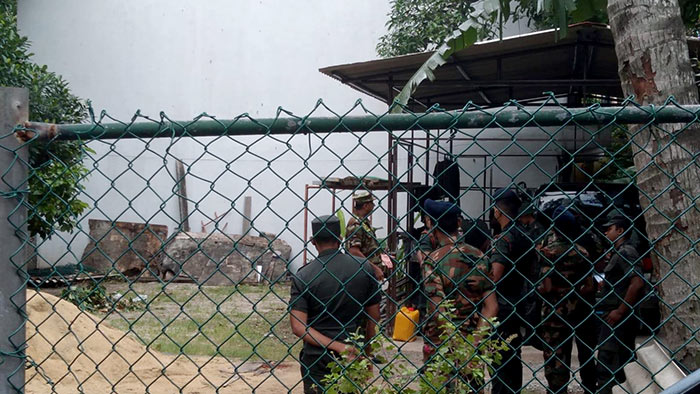 The victim was a resident of Walapane.

Police Media Spokesperson, SSP Nihal Thalduwa stated that the soldier had opened fire at himself, at a land adjacent to the MP’s house at Daya Road in Wellawatta at around 7.30 AM today (June 04).

Police suspect that the soldier had shot himself using a T56 assault rifle. It was reported that around eight soldiers were assigned for duties at the residence of the MP.

The Wellawatta Police are conducting investigations.