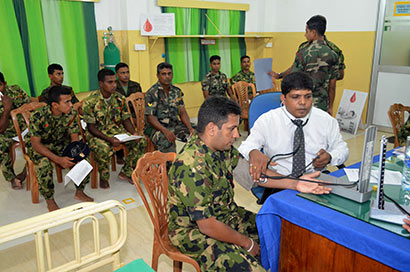 Another highly successful blood donation campaign was organised by the Security Forces Head Quarters in Jaffna (SF-J) recently to mark the 64th anniversary of the Sri Lanka Army, responding to a blood necessity of the Jaffna Teaching Hospital blood bank.

With the assistance of the doctors and the hospital staff over 241 security forces personnel serving in Jaffna donated their blood to the blood bank at the event. Army Base Hospital at Palaly where the campaign had been arranged provided all facilities for the Jaffna blood bank staff and donors. Keen enthusiasm was shown by the troops to save a life by donating blood at the programme speaks on their volunteer involvement and contribution towards community oriented welfare campaigns.

Commanding Officer of the Palaly Army Hospital Major Aruna Kumara and his staff assisted the blood bank officials to make the programme a success. In the afternoon, senior officers of the Headquarters SF-J visited inmates undergoing treatments at hospital and gave away gift parcels to them.

Following many requests made by the Jaffna Teaching Hospital to the Army for blood, Army officers serving in various areas in the North organize blood donation campaigns regularly to boost the Jaffna Blood Bank which maintain its stock of blood. This has been an annual feature of Security Forces serving in the North and similar campaigns were conducted during the Vesak and Poson celebrations as well. 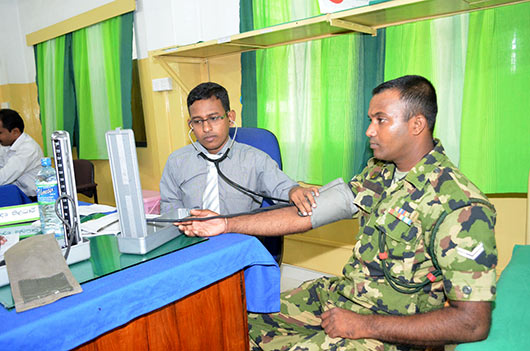 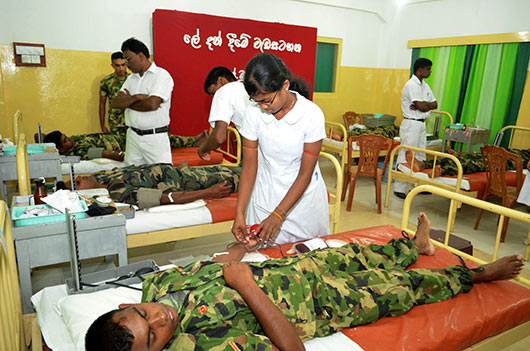 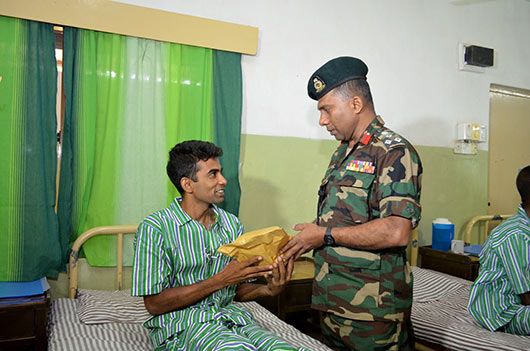 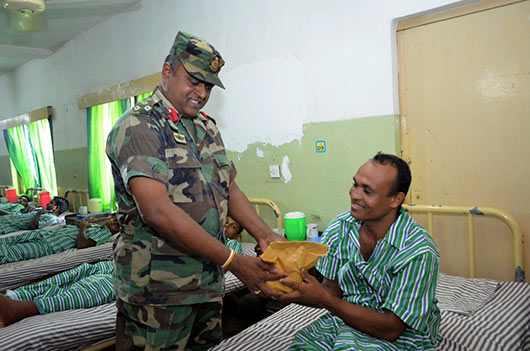