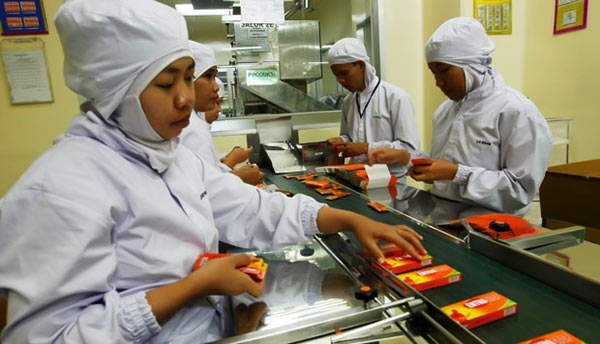 PT Kalbe Farma, whose antacid drug Promag is a household name in Indonesia, is seeking a partner in Sri Lanka and eyeing the Middle East as a new market for its nutritional products.

The pharmaceutical company, Southeast Asia’s biggest, will initially export its products to Sri Lanka before joining hands with a local company to manufacture its generic drugs, President Director Vidjongtius said in an interview in Jakarta on Tuesday. It’s also expanding to the Middle East after the positive response to test-marketing of its packaged coconut water, he said.

Kalbe, which started out from a garage in Jakarta five decades ago, derives about 94 percent of its sales from the local market with prescription drugs, consumer health and nutritional products. As local sales remain sluggish, the Jakarta-based company is focusing on new markets to broaden its reach beyond Southeast Asia, Vidjongtius said.

“Our focus has been Asean so far and we have been quite successful,” said Vidjongtius, who took over as the president director in June 2017. “Our ultimate mission is to develop a portfolio for the developed and more regulated countries like the U.S. and Europe. We are upgrading our quality standards to global level.”

Kalbe is “more optimistic” about the outlook for sales and profit this year than in 2017 as it starts selling new products and targets more markets, Vidjongtius said. The company probably ended 2017 with revenue and profit growth of about 4 percent to 5 percent, he said, ahead of the release of its full-year audited earnings.

The outlook for Kalbe remains challenging in the short term, said Vanessa Karmajaya, an analyst at Yuanta Securities Indonesia.

“For energy drinks, the market is getting saturated due to perceived health concerns,” Karmajaya said. “Exports and imports of drugs are getting highly regulated so it would be tough for them to grow this segment. They have diversified into a new segments like dialysis and supplying medical consumables and these markets in the longer term could be positive.”

Kalbe, which gets about a third of its revenue from distribution and logistics, is open to roping in an equity partner for the unit, Vidjongtius said. The subsidiary, PT Enseval Putera Megatrading, has presence in 53 Indonesian cities and derives about 30 percent of its revenue from third parties.