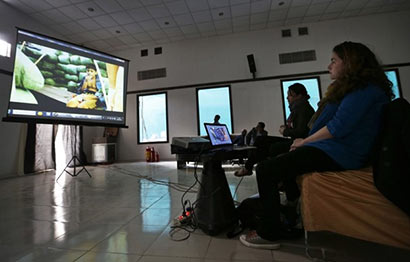 BERLIN – Sri Lanka has warned the United Nations against allowing a British-made documentary about the Asian country’s civil war to be shown on the sidelines of a human rights meeting.

The island nation’s ambassador to the U.N. in Geneva says the Channel 4 documentary, titled “No Fire Zone: The Killing Fields of Sri Lanka,” contains a narrative that is “discredited, uncorroborated and unsubstantiated.”

The film alleges Sri Lankan troops engaged in war crimes during the final stages of the conflict with the Tamil Tiger rebels in 2009.

Sri Lankan ambassador Ravinatha Aryasinha told the head of the U.N. Human Rights Council in the letter dated Sunday that the global body could be violating its own rules if the film is screened Friday in Geneva at a meeting hosted by rights groups. (AP)