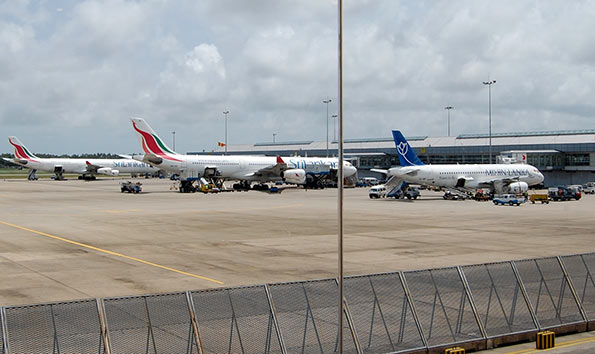 Airport officials were quoted as saying that safety precautions had been taken to prevent any terror attack on the island’s airport, Xinhua news agency reported.

Security had been tightened in airports across the world, following the attacks at the airport and a metro station in the heart of Brussels which left 34 people dead.

The Islamic State claimed responsibility for the attacks.

2 Responses to Sri Lanka beefs up security at airport