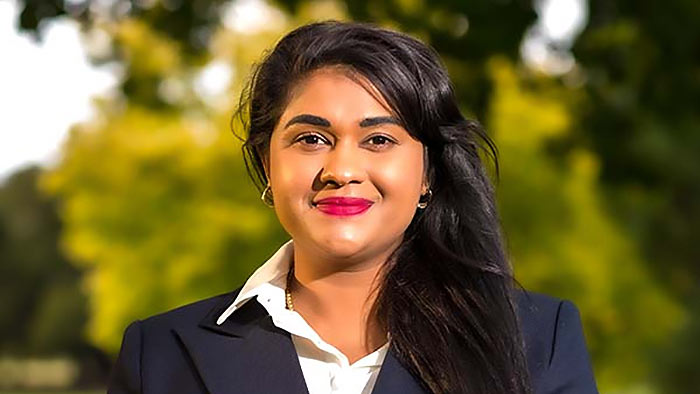 Sri Lankan born Holt Labor Candidate Cassandra Fernando won a seat at the Australian federal election which was held on Saturday to elect members of the 47th Parliament of Australia.

Cassandra Fernando in Holt will be the first Sri Lankan born woman in Parliament as at the time of writing she leads by 10,408 votes.

She beat another candidate of Sri Lankan origin, Ranj Perera, in the Holt electorate.

Cassandra Fernando, born in Sri Lanka, 1988, is an Australian politician.

She came to Australia with her family when she was 11, and she has called Melbourne’s South-East home ever since.

Having made this journey, her parents taught her to never take anything for granted and instilled three values that she has upheld to this day: hard work, commitment and gratitude.

She has also volunteered to tutor migrants and refugees from non-English speaking backgrounds so they can make the best of every opportunity.

She decided to become the Candidate for Holt because she knew that only a Labor Government can deliver a better future for Holt—a future in which families like hers are not held back or left behind.