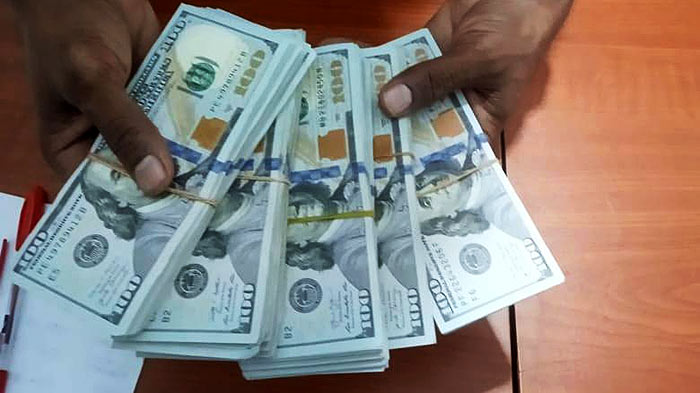 A 36-year-old man has been arrested by the STF for possessing USD 50,000 during a raid in Welikada in Rajagiriya last evening (May 21).

The STF said, acting on intelligence information, the suspect was searched at a building at Welikada last night where 500 of USD 100 notes were recovered.

They said the man, a resident of Hatton, was arrested on charges of Money Laundering Act as he failed to disclose the mode of revenue and possessing money illegally, later handed over to the Welikada Police for further investigations.

During raids last week, the STF arrested several suspects for illegally possessing US Dollars and Euros.

Earlier, the STF said that they will crack down on money laundering smugglers who are using the Undial system.

The Central Bank said earlier that it will lower the limit on foreign currency note holdings of the public to US $10,000 from US $ 15,000 and would crack down on anyone holding on to such notes for over three months in violation of the regulation.