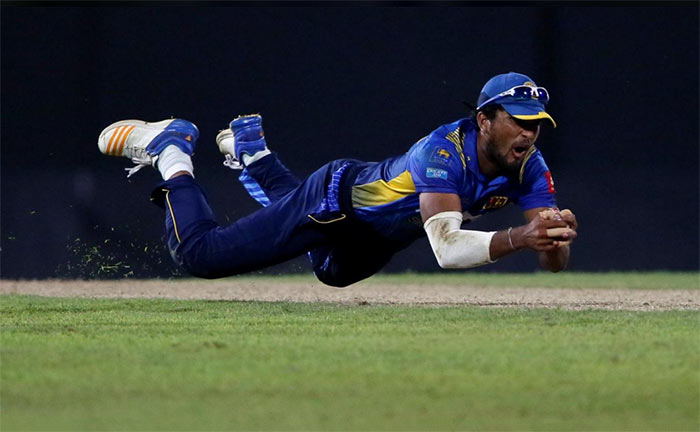 Sri Lanka’s top-order batsmen put up a solid display and were ably aided by their bowlers to help their side thump England by 219 runs for the touring side’s worst one-day international loss by runs in the rain-shortened fifth and final match on Tuesday.

England had come into the match with an unassailable 3-0 series lead and opted to make three changes to their bowling attack with regular captain Eoin Morgan also resting himself and handing the reins to Jos Buttler.

The weakened bowling attack seemed to have aided Sri Lanka as they put up a massive 366-6, buoyed by quickfire half-centuries from their top four batsmen, after winning the toss and opting to bat.

Fast bowler Dushmantha Chameera then took three wickets in his opening spell to derail England’s chase while Akila Dananjaya spun a web around their middle and lower order batsmen to restrict the touring side to 132-9 before rain put an end to their misery.

England were 219 runs behind Sri Lanka at that stage under the Duckworth Lewis scoring method which is used in rain-shortened fixtures. England’s worst margin of defeat in the 50-over format previously was 165 runs.

Dananjaya was the most successful bowler for the hosts with 4-19 while Chameera, who came into the side for Lasith Malinga, took 3-20.

England all-rounder Ben Stokes, who was limping during the latter part of his knock after being hit on his knee by a delivery while batting, scored 67.

Earlier, Niroshan Dickwella top-scored with 95 and added 137 with opening partner Sadeera Samarawickrama, who made 54 for his maiden half-century, to set the tone for the Sri Lankan innings.

Sri Lanka captain Dinesh Chandimal then notched up 80 while number four Kusal Mendis ended a run of low scores with a 56, the duo adding 102 for the third wicket.

England drafted in pace bowlers Liam Plunkett, Sam Curran and Mark Wood in the side for Morgan, Chris Woakes and Olly Stone. It was the first time the Curran brothers – Sam and Tom – were making their England appearance together.

The two sides will next play a lone Twenty20 match on Saturday before a three-test series starts in Galle from Nov. 6.